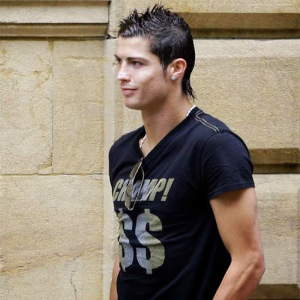 Cristiano Ronaldo, the Real Madrid star is the most expensive player of the modern times. His decent and suave look makes him the perfect choice to follow. He is the favorite of many. Be it his performance on the ground or his looks, he has excelled in both. His followers love to know about his latest hairstyles, shoes and clothing. Besides his thrilling performance, he has a high-class style standard.

Cristiano Ronaldo has been changing his hairstyles from the beginning of his career.  This is why most of the guys are always eager to know about his hairstyles so that they can also be aware of the latest trends in town. On this page you will find Cristiano Ronaldo Top Ten Hairstyles. If you have ever followed any of his hair trends do share it in the comment box below.

The one most commonly followed amongst the boys is his spikes. Guys who have medium-length hair can follow it very easily. The sides are kept short and the center hair is raised and fixed in place by the hair sprays. 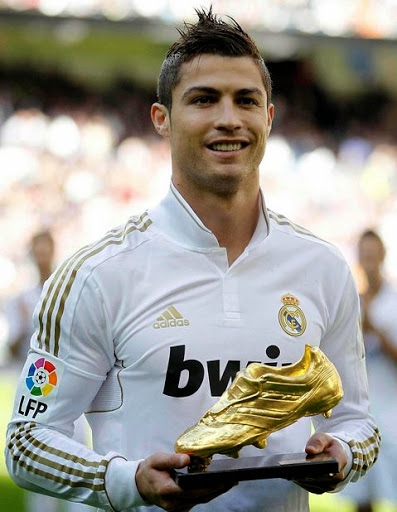 It is the most talked about Cristiano Ronaldo hairstyle. Some say he adopted this hairstyle in affection for the child he donated money to, while others say he got his national number carved. The hair in the center are kept high and the sides trimmed well. Then on the sides, the zigzag pattern is 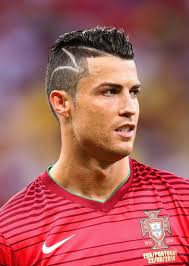 carved out with the help of a razor.

It is a hairstyle that the guys with hair of any length can follow. It is mostly seen in the official functions attended by Ronaldo. First the hair are combed back and then with a wet gel is applied. 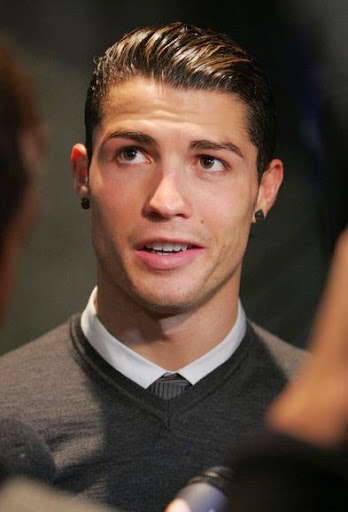 Cristiano Ronaldo looks cute and charming in his well trimmed hairstyle. This hairstyle suits people who have an oval face cut. 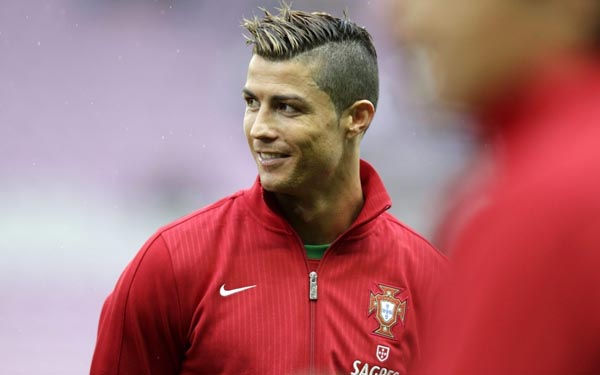 The hairstyle adopted by Cristiano Ronaldo most commonly is the Faux Hawk. The hairs on the sides are shortened while those in the middle are gelled to give them a bulky look. A good quality hair spray or gel will keep the middle portion of hair in place. Special attention has to be given to the front part of the hair.

Cristiano Ronaldo has curly hair by nature. When having this hairdo, a messy look on the top of the crown and blonde shade on the front hair will get you the look of you favorite star. 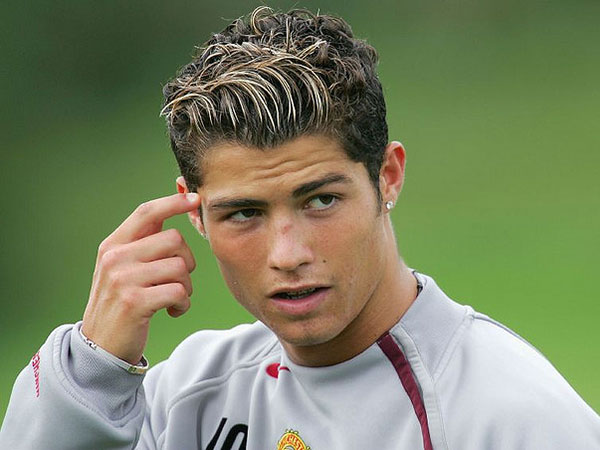 Cristiano Ronaldo when keeps his casual hairstyle with a little application of gel brings him a glamorous look.

Side Cut with Parting:

Short and uniform layered hair cut on one side with dense hair on the other side has also been one of his favorite hairstyles. 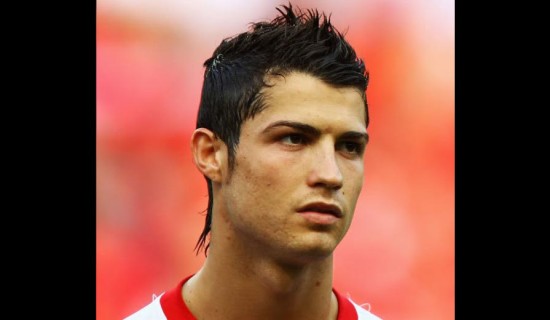 Among the many hairstyles adopted by Cristiano Ronaldo, many of them are those with short hair. It is the simplest hairstyle that one can get in merely a minute by brushing your hair back and tapering the sides.