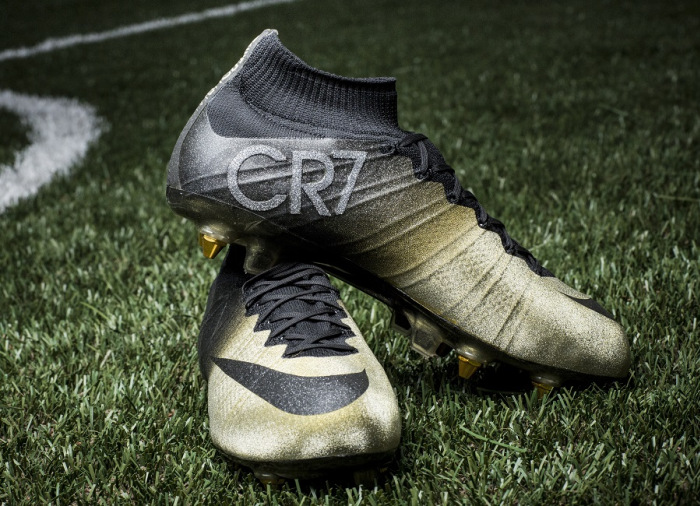 For a player to perform well it is extremely important for him to be comfortable. The winner of the Ballon d’Or Award for the third time, Cristiano Ronaldo has always carefully selected the cleats he would wear for any game. This is what makes him the player he is today. 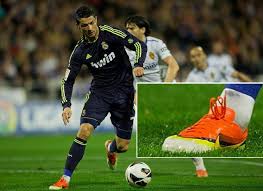 Cristiano Ronaldo is the brand ambassador for one of the best footwear brands Nike. Ronaldo has been wearing Nike from the beginning. With each passing year his shoes get better and better. What could be bigger than wearing diamond embellished shoes? After Ronaldo won the Ballon d’Or Award for the third time Nike introduced a special pair of shoes for Cristiano Ronaldo. The golden colored shoes have a special patchwork having microdiamonds on it. This patchwork has been done on the CR7 logo, being the first one of its kind.

Due to more additions and alterations in the shoes by Nike, Ronaldo wore the Mercurial VaporSuperfly III.

In the year 2012, Nike introduced the Mercurial Vapor 8 shoes. They have a good blend of black, blue and pink colors.

Adding to their large collection of the Cristiano Ronaldo shoes, Nike brought out the new Vapor 9 shoes and Galaxy Vapor 9 shoes.

A special edition of the Vapor 9 shoes was introduced in 2014. It had a shiny base and a glittering design. 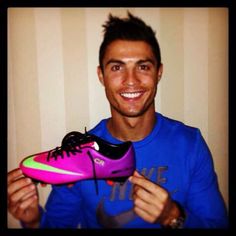 Cristiano Ronaldo has been seen wearing shoes of different colors. The color range for his shoes varies from the darker shades, black to the lighter white shades. Shoes colored blue, orange, violet and obsidian are also some he has worn in different games. The most recently designed shoes for Cristiano Ronaldo have a golden color.

Nike has always made fine quality shoes with eye catching colors. It is the combination of Cristiano Ronaldo’s exceptional performance and suitable selection of his shoes that brings out the best in him. Due to his extra ordinary performance on the ground, many other football players try to follow wearing the same kind of shoes. 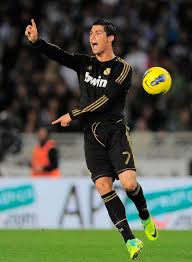