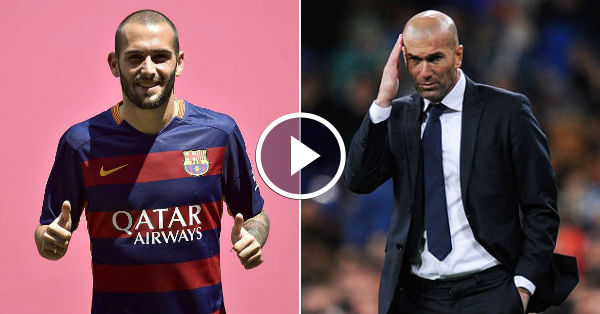 Why big Zidane fan hopes he fail at Real Madrid?

Barcelona full-back Aleix Vidal, who is a big fan of  Zinedine Zidane wishes he fail at Real Madrid.

The Spanish International joined Barcelona from Sevilla over the course of summer made his debut last week, as Catalan side were serving their transfer ban barring them to register new players before January.

Zinedine Zidane is hailed on the best player in the entire history of football, after winning every piece of silverware with club and Country. The Frenchman become cult-hero in Spain, as he helped Real Madrid win Champions League, Spanish La-Liga during his five years spell at  the Santiago Bernabeu.

The Frenchman was appointed as Real Madrid manager, following the sacking of Rafael Benitez earlier this month and kick-start his coaching career with 5-0 win over Deportivo La Coruna last weekend. 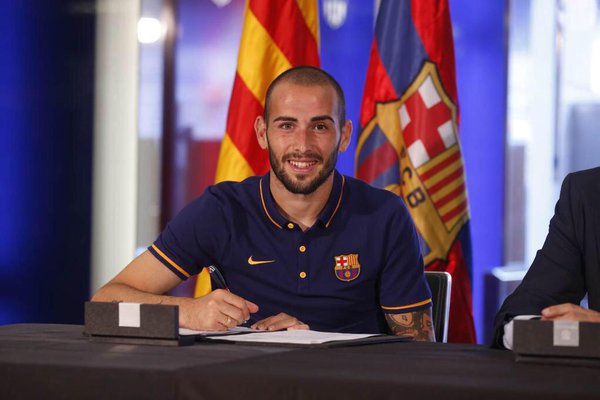 Although, Real Madrid have been kicked out of Copa Del Rey, they remain biggest threat to Barca’s La-liga and Champions League crown and Aleix Vidal,who grow up as massive Zidane fan hopes he will not have the same success as Los Blancos boss.

“They seem to have had a good start, but the titles get handed out at the end of the season,” he told RAC.

“I hope he does not win any. I’ve always been a big fan of Zidane, but now I cannot wish him any luck.” 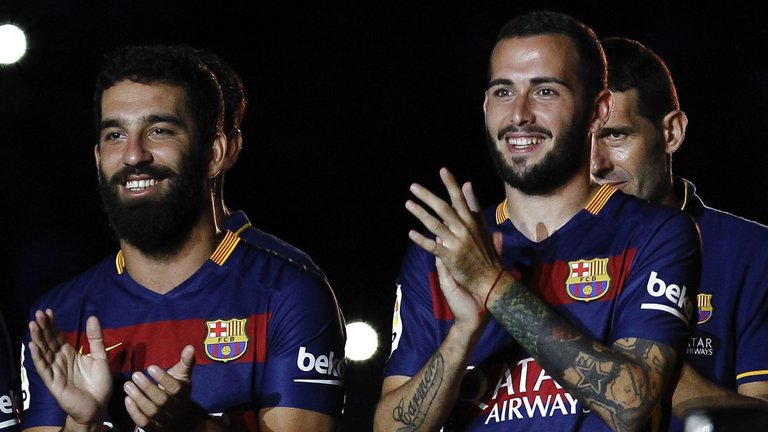 “The 26-year feel playing with World-class players with the likes of Lionel Messi and Neymar will only make him the better player.

“Virtually all the players here are the best in the world,” he added. “You can learn a lot from them.

“In training you can see that Leo is the best. When you are face to face with him you know you have few options.”