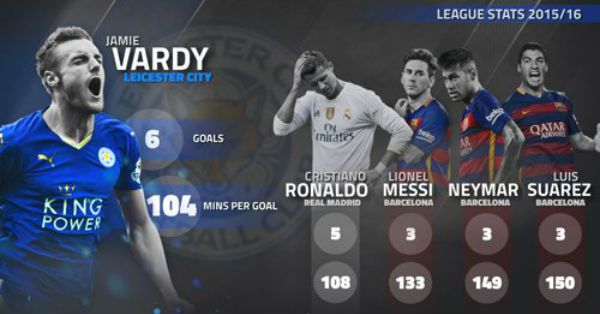 England striker Jamie Vardy has been linked with a move to Real Madrid in January, according to reports.

Jamie Vardy has been in a terrific form, following his move to Premier League. The Leicester City star is currently top scorer in the Premier League with 10 goals ahead of Sergio Agüero and Alexis Sánchez. He has scored in the seven consecutive games, as result Leicester climbed to the 5th spot at Premier League table, after earning 19 points from 10 matches. Jamie Vardy’s fantastic form was also noticed by England manager Roy Hodgson and he made his England debut at the age of 28 during the recent International break. 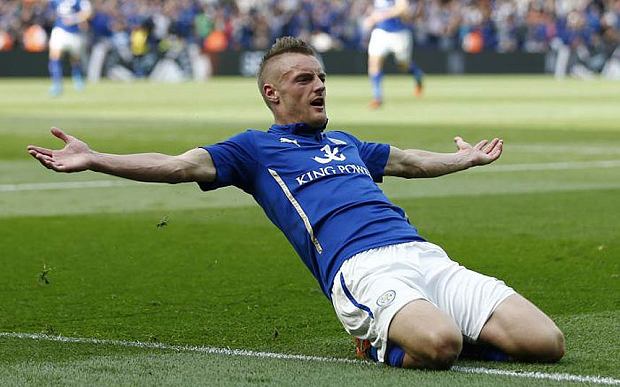 And as reported by Spanish website Fichajes, that Real Madrid are keeping tabs on Jamie Vardy to replace Spanish International  Jesé, who could leave the club on loan in January in order gain first team experience elsewhere. According to reports Real Madrid head coach Rafael Benitez, who has one of the best attacking combination in the form of Cristiano Ronaldo, Karim Benzema and Gareth Bale, but he sees Jamie Vardy as backup to his current front-three.

Although, it seems highly unlikely that Real Madrid interest in Leicester City striker is genuine, considering the fact that Jamie Vardy will be soon 29 and the Spanish side has hardly any trouble in term of scoring goals, as they boosts one of the best attack in the World. In case of Jamie Vardy a switch to Liverpool makes more sense, who really need a goal scorer in their side.

“No, he will stay with us, nobody goes in January. Not  Riyad [Mahrez], not him, not [Jeffrey] Schlupp, nobody.

“We don’t sell him and he is happy here and it is too early to talk about it.

“I  hope he can continue to grow again, we are waiting for bigger clubs but it is only speculation.”