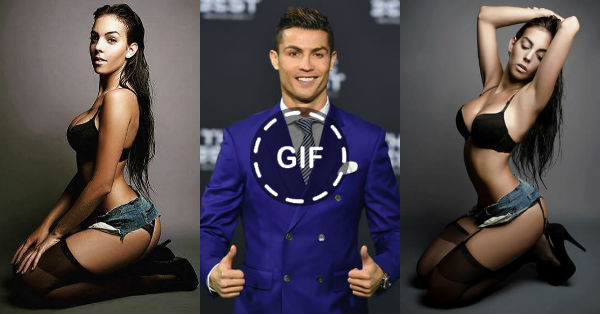 The beautiful couple went to the ceremony of the airport being renamed, held at Santa Cruz in Madeira. Ronaldo, of course, was the man of the hour, and looked stunningly sharp wearing a navy suit. He was accompanied by his son, Cristiano Ronaldo Jr. and his mother, Maria Aveiro. They all created a pretty picture, but it was Georgina Rodríguez who stole the show as a complete stunner.

The 22-year old put on a pair of high waisted skinny jeans that showed off her perfect derriere and flat abs and ended at the ankles to further add an illusion of length to her already long legs. She teamed it with a simple black vest top, which, tucked into the jeans, accentuated her incredible frame though the basic design. 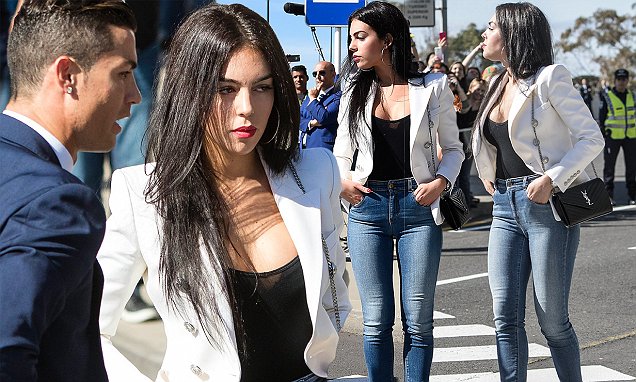 On top of the black top, she added a layer of a form-fitting white blazer in the style of Balmain, thus proving her eye for high fashion. She wore a pair of high heels in silver, with delicate straps, and the shoe booster her height just perfectly, and complimented her legs.
Her dark hair fell from a centre parting and flowed over her shoulders, framing her perfectly done face which looked flawless with a tinge of red on her lips. Georgina, who was once an employee at Gucci, seems to have taken her tenure in the fashion industry to her life in the fast lane, as she looked absolutely perfect beside Cristiano Ronaldo at the ceremony.
Thursday, April 27, 2017