People are laughing at the new Cristiano Ronaldo statue

We all know that Cristiano Ronaldo had an airport lined up in his name. And Wednesday was that special day when he got to attach his name to Madeira International Airport. And it was a little more than that for him, as his face, too, has been placed in front of the building in the form of a bronze bust. But, people are laughing at the new Cristiano Ronaldo statue.

People are laughing at the new Cristiano Ronaldo statue

It is safe to say that the statue hardly bears any resemblance to Ronaldo, who is noted among his fans and the biggest brands across the world for his incredible features, like his chiselled body and his perfect smile. Sadly, the statue looks like a poor caricature of the player, at best. And fans have launched a flood of jokes about the bronze bust of Cristiano Ronaldo, which makes it clear that the new piece of artwork has not been well-received by the people. 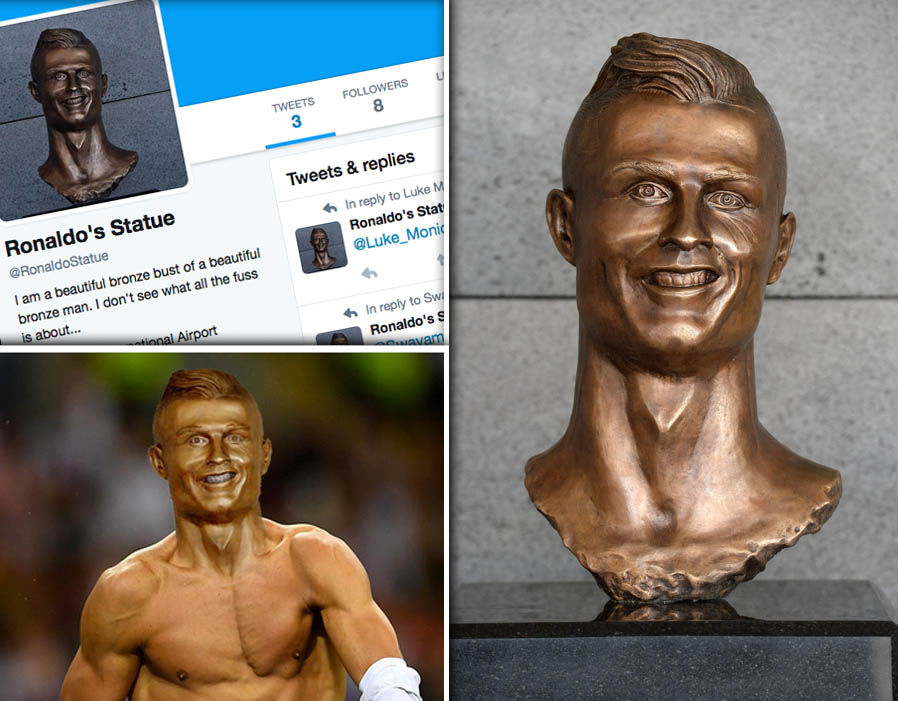 It is quite understandable why the people have started going crazy with the jokes, they are used to seeing some amazing dedications for Ronaldo, like his museum which has a lifelike statue of him. However, it must be remembered that however awful the statue might look, it is, after all, a sweet gesture.