Beside Portuguese, Gabon international revealed that he is the big fan of Brazilian Ronaldo and Thierry Henry. While he also admired his former boss Jurgen Klopp for his early work at Liverpool.

“I often watch Ronaldo, the Brazilian one. My favourite player? I also look at Cristiano and former strikers like Hernan Crespo, and watch videos of players I admired like Thierry Henry, Jean-Pierre Papin and Sonny Anderson. There was also Francois Calderaro at Toulouse; I was a big fan of his style. 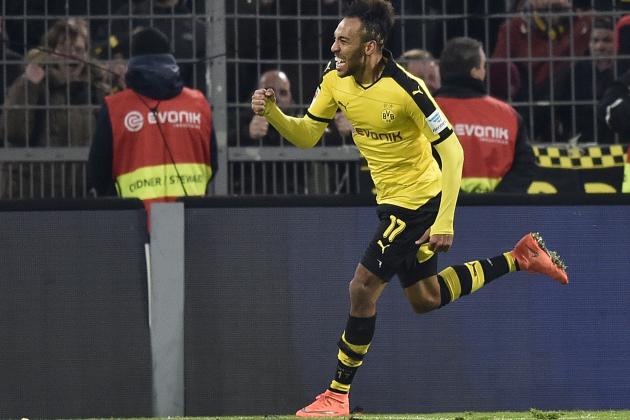 “Klopp brought me a lot. He gave me strength of character and made me develop defensively. The two years I spent with him were very useful to help me step up a level. He’s someone charismatic and I have a lot of respect for him. He’s one of the three coaches who gave me the chance to become who I am today along with [Saint-Etienne’s] Christophe Galtier and Tuchel.

While, Ryan Giggs has admitted that he sees shades of Ronaldo in Anthony Martial, following his big money to Manchester United.

“Anthony has been a breath of fresh air,” Giggs told the Telegraph

“He came in for big money and he had been so consistent this year. It puts pressure on other players who aren’t as consistent because it is not normal for a young player.

“They can be brilliant for two or three games and then it will dip, but it doesn’t happen very often.

“You look at Cristiano. For 18 months he was indifferent. Now, phew, he scores every week.

“People just mature at different times. It’s up to the individual to work hard and the cream usually rises to the top if you work hard and you have got the quality.”