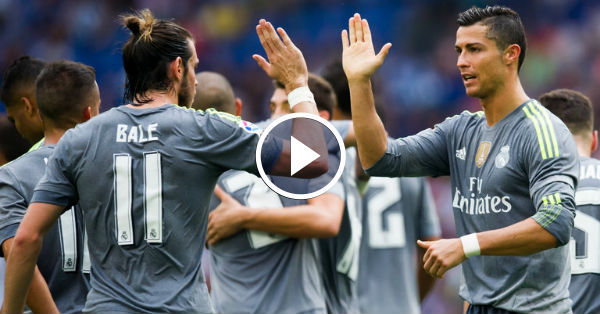 Bale has a bit of everything. He can score free kicks, use his head, beat opponents…you can cancel him out for 85 minutes and suddenly he scores, like Ronaldo. He has phenomenal ability,” AS quotes the United assistant manager saying.

“He’s able to play in any position. At Tottenham Hotspur he was on the left, and Madrid he’s on the right. But for Wales he can play through the middle, even as a false nine.”

Meanwhile, Keita Balde has revealed his ambition to play for Real Madrid and Barcelona.

“We have many quality players in the team, above all in my position: from Candreva to Felipe Anderson,” Keita said to TFM.

“That’s why I’m not always starting, but for the age I am I play enough. I must continue to develop and build more confidence.

“It’s true that I’ve had good offers from other clubs, but I’m focused on Lazio. I have a contract still until 2018 and for the moment I’m staying here.

“My ambition is to get to play for one of the best teams in the world like Barcelona, Real Madrid or Manchester United – that’s every young guy’s dream.

“I’m calm – Lazio is a great team with a fantastic structure. Roma is a relaxed city, full of nice people.

“Lazio is the team I signed my first professional contract with. The club has helped me a lot. I made my debut for the first team aged just 18. Now I’m 20 and I’m in my third season in Serie A.

“I had the chance to play in the Supercoppa Italiana against Juventus. We won the Coppa Italia against Roma. In reality, everything is going well.”