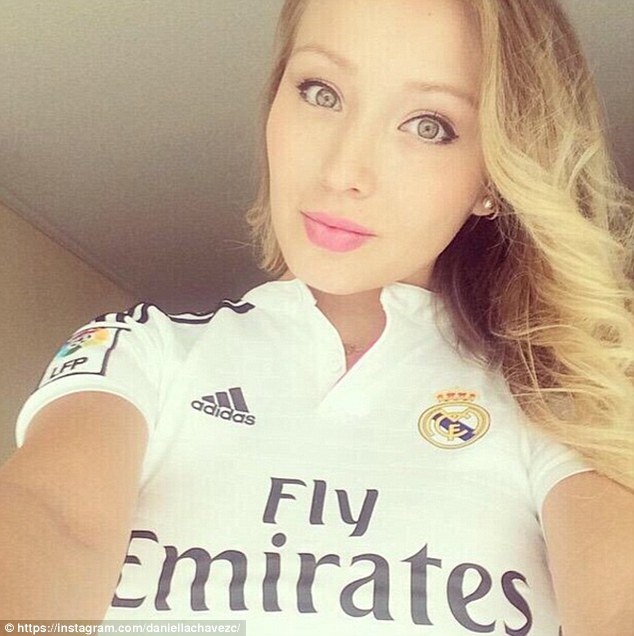 A Chilean Playboy bunny claims she had an affair with Real Madrid striker Cristiano Ronaldo before the break-up of his relationship with supermodel Irina Shayk.

I had sex with Cristiano Ronaldo while he was still with Irina Shayk! Playboy bunny Daniella Chavez accuses Real Madrid star

In an interview with Mexican newspaper Reforma, Daniella Chavez alleges she got together with Ronaldo in November last year, and claims she just ‘wanted to fulfil a dream’ to sleep with the 30-year-old Portugal international.

She told Reforma: ‘I met Cristiano in November 2014, in the United States. We had already talked by email and Skype; I had to travel for work, and he told me to go for a couple of days.
‘Cristiano was very shy at first, but when he built up his confidence was quite a man, though still a bit fearful. He loved me, but the idea was not to show it.

‘I just wanted to fulfil a dream and have sex with him. I love his body. (Cristiano liked) my face, my breasts and the fact that he had never slept with a Playmate.’
Ronaldo’s form dipped at the start of the year as Real Madrid were dumped out of the Copa del Rey following a defeat by rivals Atletico Madrid – they also lost 4-0 in the league to their city rivals – just weeks after he was crowned Ballon d’Or winner.

Shayk was not at the awards ceremony and his five-year relationship with the 29-year-old, who has since started dating Hollywood actor Bradley Cooper, ended soon after.