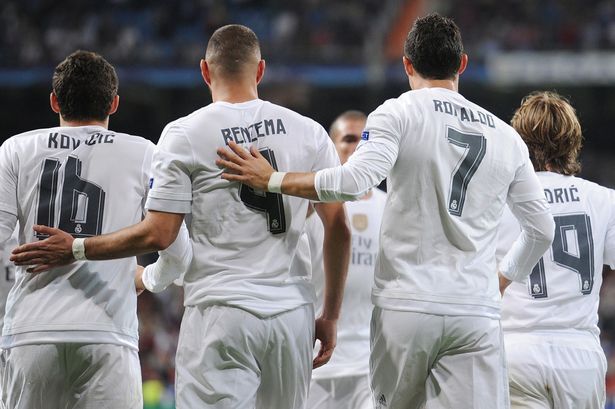 Bale limped out of the Champions League win over Shakhtar and although his injury is not serious, Benitez is ready to shift his formation
Real Madrid boss Rafa Benitez admitted that his side could shift to a 4-4-2 owing to Gareth Bale’s absence through injury.

The move would see Cristiano Ronaldo, who has scored eight goals in his last two games, taking up a striking position alongside Karim Benzema for this Saturday’s game with Granada.

“It is a possibility we have,” Benitez said. “With another player on the wing, and Cristiano more in the centre.

“I’ve spoken with Ronaldo often, even today, about tactical things. The attackers know they have freedom up front & duties in defence.

“Cris can move around, take up positions in centre or on the wing, as long as it is effective for the team.”
Benitez confirmed that Bale’s injury is not serious and that the winger should be back in time for the Madrid derby and Wales’ crunch Euro 2016 qualifiers.

And he also praised goalkeeper Keylor Navas, who was set to leave the club on deadline day, with the Costa Rican not having conceded a goal yet this season.

“To break a club record and go four games without conceding says something. It is good from Keylor, and good from all the team.

“The team has helped him out – but Keylor has made two or three great saves when the opposition has made chances.”