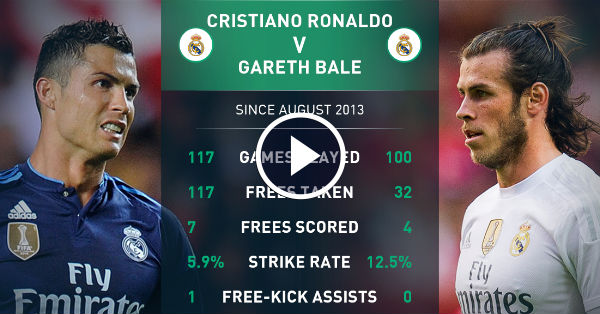 Carlo Ancelotti has suggested that there in no competition between Cristiano Ronaldo and Gareth Bale inside the Real Madrid dressing room.

In his latest article for Goal.com, he revealed that there are no argument between Cristiano Ronaldo and Gareth Bale about who would take the Real Madrid free kicks.

Here goes the amazing contribution of this duo this season:

The former Manchester United star, who is no  strange score spectacular goals from the set-pieces, has lost his ability to hit the free-kicks with same precision and accuracy. There is also strong argument considering recent record of three times Ballon d’Or winner should not be allowed to take fair share of free kicks, with likes  Gareth Bale, James Rodríguez and Luka Modric in the team. But former Real Madrid boss has defended Cristiano Ronaldo right to take most of free kicks:

“Firstly, taking free-kick is not easy. Then, not many goals are directly scored  from free kicks. He strikes them well, trains a lot on this, but on the end of day, I believe that the overriding fact is that it is not easy to score from a free-kick. He is certainly not got worse. 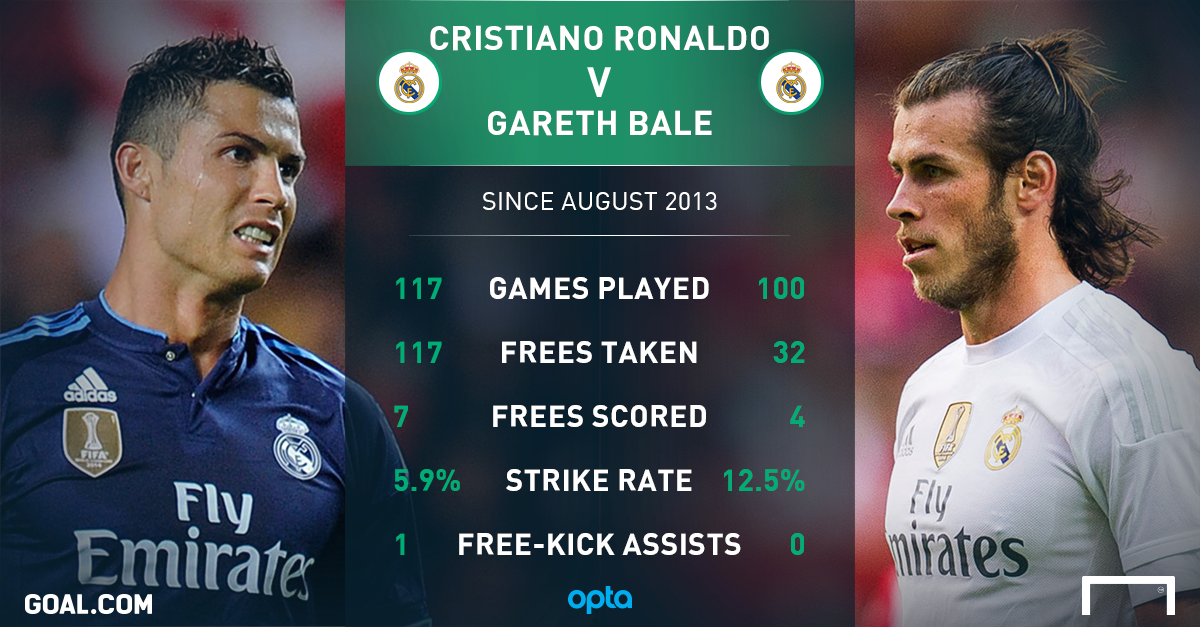 “He trains a lot on set pieces, two sessions a week, with the fixed wall. He is very careful, he spends lot of time there. He combines great application with natural talent, because obviously many try but few are effective as him . There is talent, but also the practice, the training, the repetition of the act.” 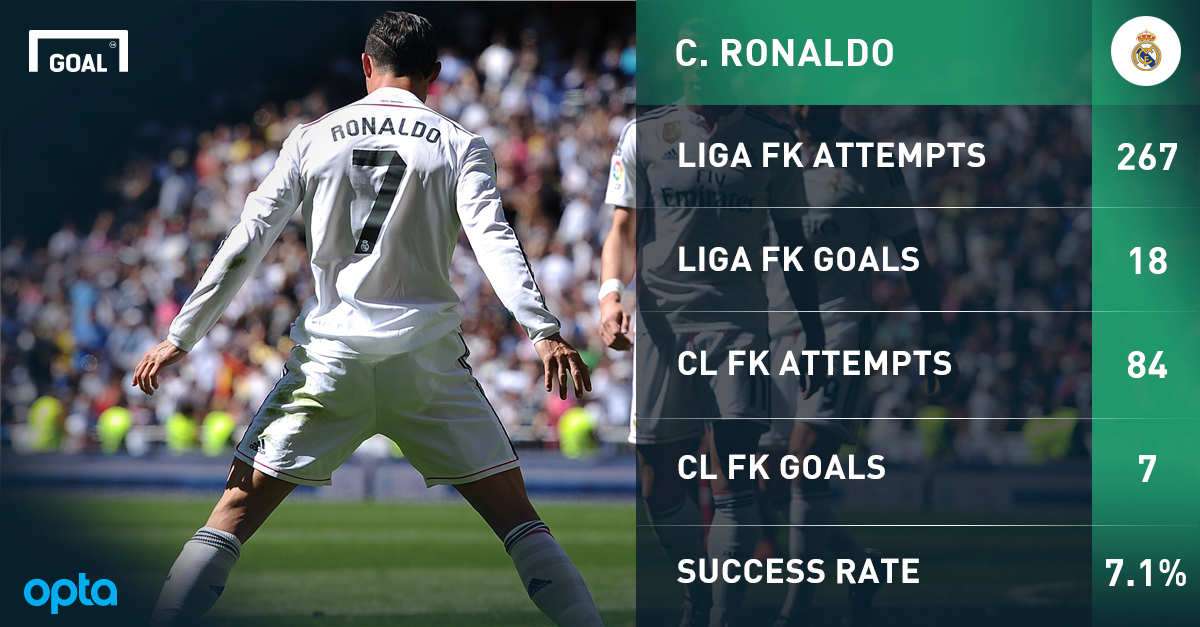 Despite Cristiano Ronaldo’s struggle to be effective on free-kick in recent times,  Portuguese International had best conversion rate in the La-Liga last season. The former Manchester United man scored two goals from the free kick in his 33 attempts in last campaign, as compared to Lionel Messi, who took 37 attempts to score same number of goals.