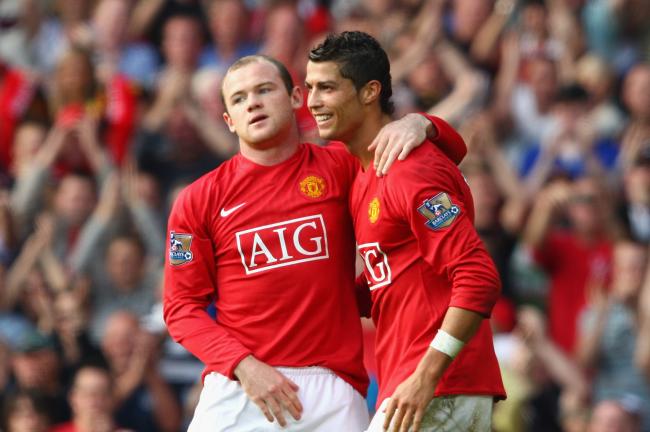 As summer fades and the new season gets in to its stride, distinct echoes of 2004 are beginning to emerge at Manchester United.

It was in the summer of that year United first brought together two raw and hugely talented youngsters by the names of Wayne Rooney and Cristiano Ronaldo.

On the final day of August 2004, Rooney arrived from Everton for £27 million, still a teenager, uncouth and bullish, and hungry for more success after the surprise impact he had made at that summer’s European Championships.

A year earlier, Cristiano Ronaldo had joined United as a relative unknown for £12 million, with his bad jumper and blond highlights, and the novelty that he shared his name with the other Ronaldo.

In that first season the Portuguese showed enough to convince United they had purchased a unique and very special talent.

His step-overs were fun, but self-indulgent, and there were early theatrics, but it was soon clear the boy could play, and when it all came together no one could get near him.

He scored only two league goals in his first seven months at United, but he would finish the season with both a goal and a starring role in United winning the FA Cup final against Millwall before returning to his homeland and helping take Portugal to the final of Euro 2004.
Over the course of the next five years, Ronaldo and Rooney would become laden with trophies and medals by leading United to the unprecedented success of three consecutive Premier League titles and two Champions League finals, winning the first against Chelsea in Moscow in 2008.

The pair would both become club legends, winners of the Footballer of the Year award and recognised as two of the finest players of their generation.

Ronaldo would also become the first United player to win the Ballon d’Or for 40 years since George Best, and with his subsequent freakish feats at Real Madrid has made a compelling case to be known as one of the game’s greatest ever players.

But back in 2004, when they were still teenagers, they offered only hope and potential for the future.

Eleven years on, and United find themselves in a similar situation by now boasting a new pair of brilliant young players in Memphis Depay and Anthony Martial.

In 2004, Rooney and Ronaldo weren’t ready to carry a team, but within four years had turned United in to European champions.

Can Martial and Memphis emulate these celebrated achievements at Old Trafford?