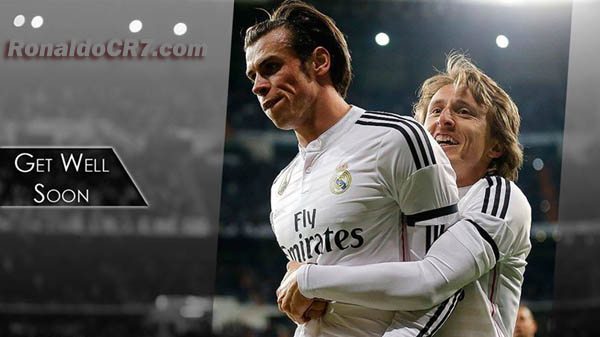 Real Madrid will Face Atletico Madrid without two thirds of their usual front line after Gareth Bale and Karim Benzema were ruled out of the Champions League quarter-final second leg 0-0 draw match against Atletico Madrid.

Gareth Bale has a calf problem and Benzema has a knee injury, leaving Cristiano Ronaldo  (though Benzema was seen in prectice), Javier Hernandez and Jese Rodriguez as Real’s fit forwards.

Atletico Madrid are also still unsure of the fitness of striker Mario Mandzukic, who had an ankle injury.

Real Madrid are also without their midfielder Luka Modric, Modric suffered a knee ligament strain against Malaga and is expected to be unavailable for six weeks. Left-back Marcelo is also suspended.

Ancelotti said: “I have the best squad in the world and it is important to focus on the players who are going to play and not on those who are not playing.

“The answer will be to play fresh players, who are enthusiastic, fit, and who can help the squad.

“We have not beaten Atletico Madrid this season because they are a very strong side with one of the most solid defenses in the world. It is difficult to score goals against them.