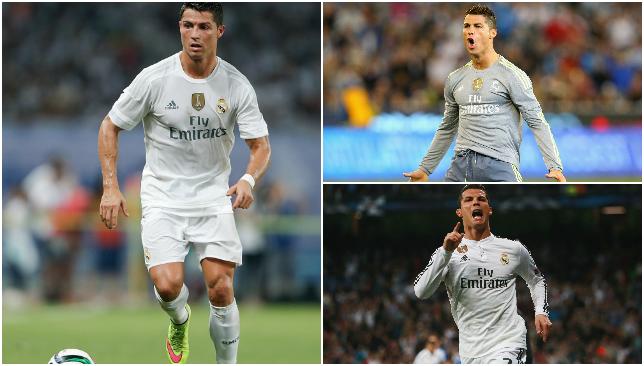 Eight goals in two games. We have become so accustomed to Cristiano Ronaldo’s outrageous goalscoring exploits, we are now starting to take them for granted.
Strangely, some even seem to feel the need to downplay his achievements. “But…three of them were penalties!” they moan. “But… they were all tap-ins! But…they were against weak opposition!” But, but, but…nothing.

Ronaldo has scored eight goals in his last two games – eight! – and anyone who cannot recognise his astonishing goalscoring achievements for what they are has seriously lost their sense of perspective.

True, eight goals in two games is the kind of thing that does happen occasionally, albeit not very often. And perhaps even over a slightly longer period of time, some strikers can briefly prolong their hot streaks, plundering goals at a rate of knots for a while before then sinking back to ‘normal’ levels of performance.
Statisticians even have a phrase for the phenomenon whereby exceptional numbers are observed for a short period before average figures then return: ‘regression to the mean’.

Remember Kevin Phillips? Premier League followers will recall the striker for his goalscoring exploits in 1999-2000, when he scored 30 goals in 36 games to finish the season as English football’s leading scorer. But he then ‘regressed to the mean’ of normal levels of performance, never again managing more than 14 goals in a top-flight campaign.

A more recent example, perhaps, is Diego Costa, who enjoyed two sparkling seasons with Atletico Madrid and then Chelsea where he scored at a rate of nearly a goal per game, but is now showing every sign that he will return to his usual output of less than that ratio.
There are many more examples of strikers who enjoy a rich vein of form and score goals at an unusually fast rate. But almost without exception, they don’t sustain it for more than a few months.

An exception, of course, is Ronaldo, who is now on the verge of overtaking Raul as Real Madrid’s all-time leading goalscorer despite playing less than half the number of games as his predecessor.

Raul isn’t the only legend whose goalscoring feats look mediocre when compared to Ronaldo. Ferenc Puskas and Alfredo Di Stefano, for instance, couldn’t come close to matching Ronaldo’s goals per game ratio (Puskas: 0.92 per game; Di Stefano: 0.78 per game; Ronaldo: 1.06 per game). And it’s not just Bernabeu greats who are behind Ronaldo.