Among the soccer players who rule the world of football today, Cristiano Ronaldo, Lionel Messi and Neymar Jr. can be counted without a doubt. In fact, they can very well be called living legends. Comparisons often crop up among them, and from critics to fans, everyone has at least once engaged in a conversation, or rather debate, about who among them is a better player. Players, themselves, mostly refrain from participating in such conversations. But it seems that Real Madrid whiz Cristiano Ronaldo rates Neymar higher than Messi. apparently trusts that Neymar is better his FC Barcelona colleague Lionel Messi. Apparently, he trusts that Neymar is better his FC Barcelona colleague Lionel Messi, while the entire world is more concerned about comparing Ronaldo and Messi. These two players from Real Madrid and Barcelona have been pitted against each other for the position of the top player in the world at the moment. And even though the two players have a healthy competition, they have always been respectful towards each other. Ronaldo, of course, has often been noted to claim that he is the best. Some people see that as confidence, others see it as over-confidence. 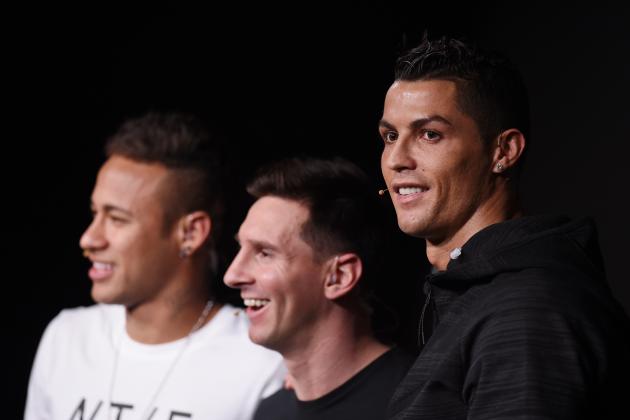 Recently, Ronaldo mentioned that he considers the Brazilian player to be better than his Argentinian competitor. Followed by the Brazilian’s miss in the Catalan club’s 2-1 loss to Deportivo La Coruna in March 2017, and Ronaldo was said to be unsurprised by the outcome. Currently Ronaldo is considered as one of the favouritesfor winning the Ballon d’Or. He has helped Real Madrid secure both the La Liga and the Champions League titles.

Take a look as CR7 rates Neymar higher than Messi: