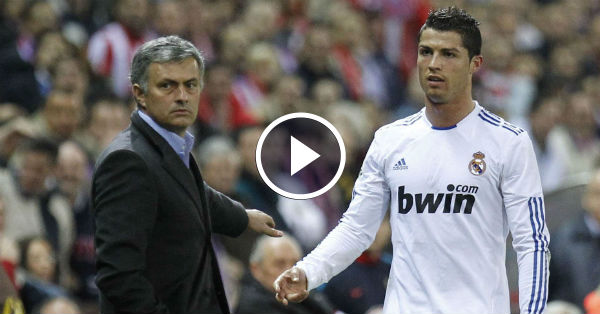 Spanish super club Real Madrid want Jose Mourinho to be back as their manager.

That is the remarkable claim from former Real Madrid president Ramon Calderon who also confirmed the Spanish giants want to sign Eden Hazard.

Calderon remains very well connected at Real Madrid and insists that current president Florentino Perez even tried to get Mourinho back last summer and Rafa Benitez was their FOURTH choice.

Mourinho left Madrid in 2013 after his three year reign ended in meltdown, controversy and disaster as he faced a dressing room revolt and was almost forced out of the Bernabeu.

Real Madrid want Jose Mourinho because the football world knows what he has given to the teams as a coach and his recent success with Chelsea is its witness.

But Calderon, in an explosive interview with beIN Sports, said: “If he is not anymore in Chelsea, I think Perez would be really willing to bring him back to Real Madrid.

“He (Perez) was trying to do that this season. He couldn’t because Mourinho didn’t like to come. He said he didn’t like that for various reasons and then Perez went to sign (Joachim) Low, the German that is coaching the national team, then Klopp and finally Benitez.

“The truth is that Benitez was the fourth option for Real Madrid. I think Perez is still trying to bring (Mourinho) back here. He really likes him.

“I don’t rule out that (Mourinho will be back at Real Madrid). If he is not anymore at Chelsea and Benitez is not doing well at the end of the season here, I don’t rule out he’s going to be back here. The president is really looking for that.”

Calderon is not a fan of Mourinho and was highly critical of his style and reign – and now sees it happening again at Chelsea.

“It is similar. It is sad,” said Perez. “As I said, I wasn’t just a fan of Mourinho but because of the things he did here. He’s got the worst record ever for a coach that has been coaching Real Madrid for three years

“Apart from that, his behaviour wasn’t the right one but Perez always backed him and remember that he decided to put a big banner saying ‘Mourinho, your finger shows us the way’, referring to that sad episode when Mourinho poked the finger in (Tito) Vilanova’s eye in that really horrible match. 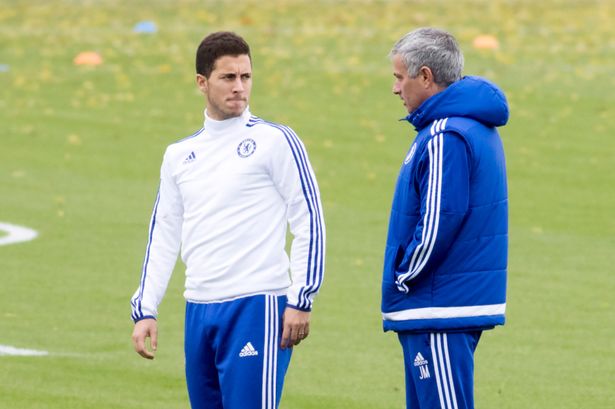 “That’s why I say that I’m sure that if Mourinho is not anymore in Chelsea
at the end of the season and things are not well with Real Madrid and Benitez here, I see Mourinho again on the bench of Real Madrid.”

Calderon also believes Hazard – who has been dropped by Mourinho during Chelsea’s early slump – is on Real Madrid’s hit list for next summer.

Calderon added: “They are looking at him and, as far as I know, he hasnot said no. We will wait and see.”

It can be a shocking state for some of the fans when they see Real Madrid want Jose Mourinho after getting sacked by the administrators of current no. 1 side of La Liga table.