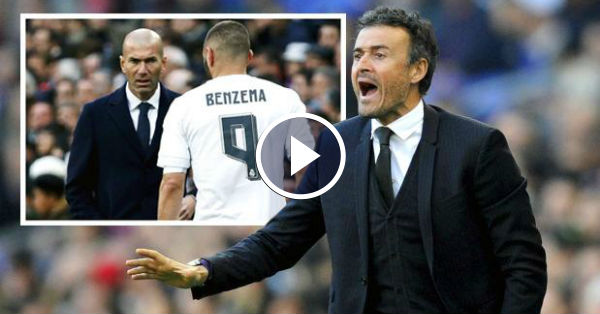 Why Luis Enrique is unfazed about Zinedine Zidane’s winning start

Barcelona manager Luis Enrique has insisted that he is not worried about Zinedine Zidane’s winning start at Real Madrid, and says I haven’t see his game yet.

Zinedine has made quite a start as Real Madrid manager, as Los Blncos has won two straight games under him and has scored 10 goals and has concede only one.

Speaking ahead of his side clash with Malaga, Luis Enrique said:

“Javi Gracia is meticulous when it comes to detail,” he said at a Press conference.

“Malaga are a team who always cause us problems.

“I don’t think much will change [with Nordin Amrabat leaving].

“Amrabat was their most decisive player, but the general idea of the team won’t change.

“Not at all [when asked if Javier Mascherano would be rested]. 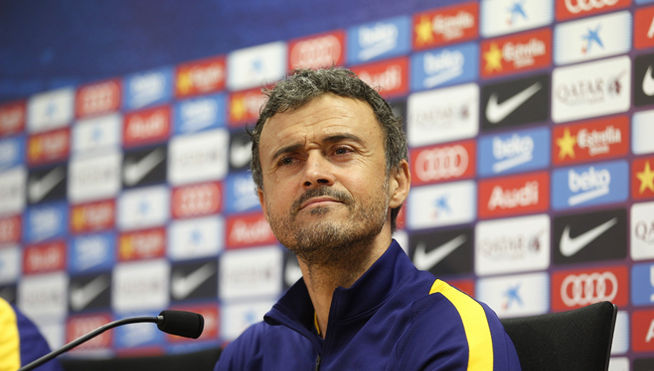 “[Lionel Messi and Jeremy Mathieu] have recovered, trained [on Thursday] and shouldn’t have any trouble entering the team.

“There’s no problem [on my part] with referees. Everyone can make their own judgments.

“It’s an atrocious calendar. We’re in the same boat as those who have cup games and demanding [League] ones at the weekend.

“[On transfers], I’m the same as I was on the first day of the transfer window.

“There’s zero to report on, but we know what we want and at what conditions. We won’t change them.

“[On the timing of the game], it comforts me to play against opponents who are faced with the same conditions as us.

“In Italy, [games] are played at three [local time] but no-one bats an eyelid.

“[On Douglas leaving on loan], it’s an interesting possibility, but it has to suit all parties.

“[On whether Neymar is being pursued by Madrid], I don’t get that impression.

“I haven’t seen his games [referring to Zinedine Zidane’s start].

“[On resting Luis Suarez], it’s hard to rest players with his type of hunger.

“Every cloud has a silver lining. We used his [Copa del Rey] ban to rest him.”