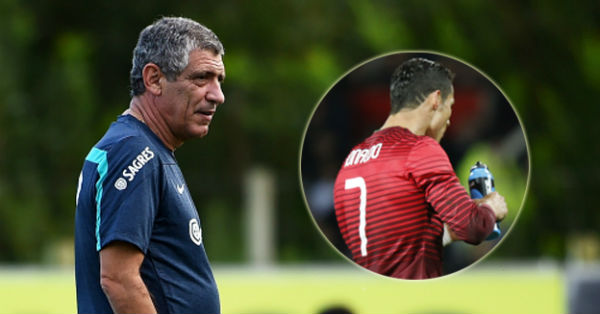 Why Fernando Santos admitted that Ronaldo is a selfish player?

Portugal coach Fernando Santos recently expressed that the Real Madrid striker Cristiano Ronaldo is selfish in a decent manner as he always wants to be the best.

From last six-seven years, the Portuguese star footballer has developed into one of the best players to have played the game and Santos believes his attitude has been key to his success. 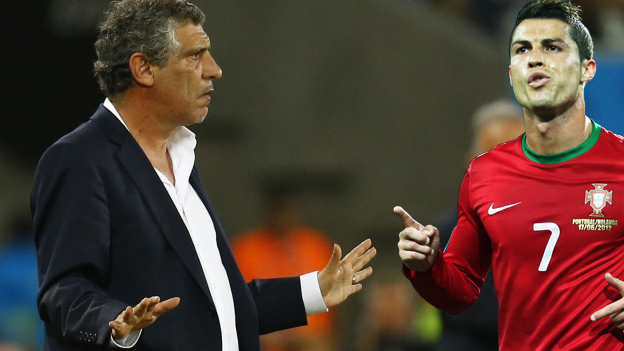 “When I coached him at Sporting when he was 18 years old, he was the same as he is today: a natural winner. He has egoism in the good sense of ‘I want to win’, ‘I want to be the best’,” Santos told AS.

“That kind of egoism, is it bad? I don’t think so. Cristiano is who he is because that is his way. I have never seen Cristiano upset because the team won but he didn’t score.”

It has often been said that Ronaldo’s rivalry with Barcelona superstar Lionel Messi is pushing him to new heights, but Santos believes it is the Madrid attacker’s desire to improve that has made him the player he is today.
“What makes Cristiano a better player is his battle against himself. When I met him [in 2003 at Sporting] Messi hadn’t arrived on the scene yet,” he added.

“Cristiano had amazing potential, to the same level as Eusebio, but I told him that he was a bit weak in the air. The following day he was practicing headers over and over again.

“Aside from that, geniuses are completely incomparable and they are two.”

The 30-year-old recently featured as a striker for Portugal, but his national team coach believes he is at his best when he starts from the wing and gets the freedom to cut inside.

“He’ll never be a centre forward, a traditional number nine, who plays with his back to goal in the area,” Santos stressed.

“Neither is he a classic winger, as Luis Figo was. Cristiano is more dangerous when he’s cutting in from the flanks to the middle.”