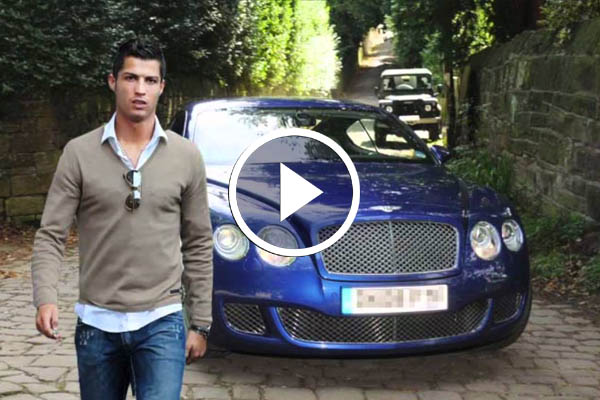 Cristiano Ronaldo is famous for his best cars collection. He has some of the best and expensive cars of the world. He seems to have a craze of cars and wants to have best car collection of the world.

Who has the best cars? Ronaldo, Messi, Ibrahimovic or Balotelli? you decide!

One out of many Cristiano Ronaldo hobbies is collecting cars. The Portuguese and Real Madrid football player is known for having a special admiration when it comes to show off a new car. CR7 usually doesn’t stick with the same car for too long, and he has a private garage with plenty of space for all his dream cars.
Every since he joined Manchester United, Cristiano Ronaldo salary got a few more digits, allowing CR7 to start buying some cars he has always dreamed of and others that he certainly wasn’t even aware of their existence before becoming rich.

Now question is this, has Cristiano Ronaldo best cars than other players like Messi Ibrahimovic and Bolotelli? Here we have compared cars of these players, decide by yourself who’s best.

Who has the best cars? Ronaldo, Messi, Ibrahimovic or Balotelli? you decide!