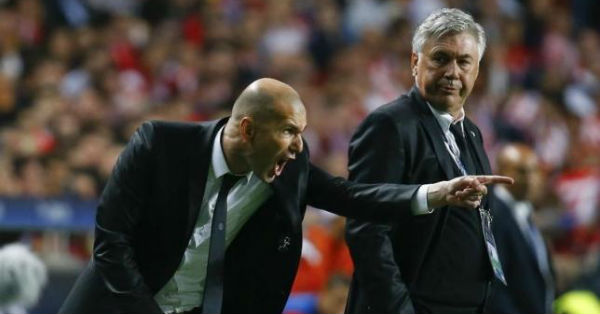 Which players are not for sale in the Real Madrid squad according to Zinedine Zidane?

World-record signing Bale, brought in from Tottenham for £86m in the summer of 2013, has been linked with a move away from the Bernabeu by both the British and Spanish press.

Real’s record goalscorer Ronaldo, who has 12 in 12 games this term, has also repeatedly had to field questions about his future, but Zidane says they will not be sold anytime soon

False Rumours were out a few days back where Ronaldo was linked with France giants Paris Saint Giant and the popular club of English Premier League- Manchester United.

He told Shortlist: “No he is not for sale, it wouldn’t make sense. Big players are what people want to read about, so that is why they are written about, but why would Real Madrid have any intention of selling the best player in the world?

“Cristiano Ronaldo has been the best player in the world for the past few years, and he knows he is the best.

When asked where Bale’s future lies, Zidane said: “Of course clubs are going to want Gareth, he is one of the best in the world, but I am not sure how much clearer we can be.

“We sign the best players in the world, we don’t sell them.”

The former attacking midfielder played for Real Madrid and Juventus and is now busy in coaching  Real Madrid Castilla.
He is renowned for his elegance, vision, ball control and technique, Zidane was named the best European footballer of the past 50 years in the UEFA Golden Jubilee Poll.
Friday, October 30, 2015