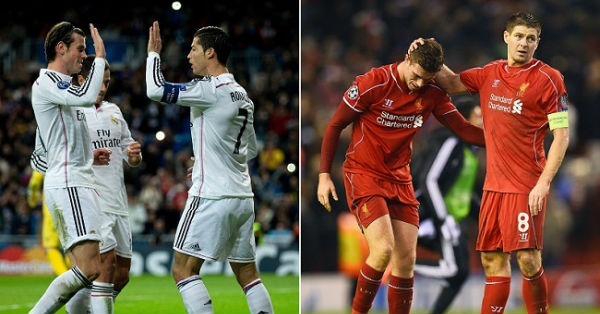 The open deliberation in the matter of who the world’s best player is has been continuing throughout recent years, and with the Ballon d’Or honor coming up in January, it’s a hotly debated issue at the end of the day. The previous England captain concedes the two players are altogether different, however in the event that he required picking one, it would be Messi. Liverpool legend Steven Gerrard is the most recent figure to say something regarding the longstanding verbal confrontation around Real Madrid striker Cristiano Ronaldo and Barcelona’s Lionel Messi, demanding he supports the Messi because of the truth he is all the more a cooperative person. Gerrard, now low maintenance BT Sports intellectual, was tested on which of the two celebrated players he would incline toward. After some thought he settled on Messi, however, demanded both players used to alarm him as rivals.

“We’re living in a period where Ronaldo and Messi are taking the forward play to a level we’ve never seen,” he told.
“Picking between them is similar to demanding to pick in the middle of Pele and [Diego] Maradona, in light of the fact that they are recording numbers that are unfathomable – more than 800 goals in club football between only them. Quite a while back, a striker who scored 30 goals in a season in all rivalries was perceived as a world-class player, however, these two are multiplying that. To part them is verging on unthinkable.”

“On the off chance that I was compelled to pick one, I would likely go for Messi, yet that is simply because he’s marginally even more a cooperative person – he may very well give more helps or last passes, yet it is 51% to 49% in my psyche. We are all honored that we are seeing Ronaldo and Messi in the same era.”
Who would you prefer in the “Ronaldo vs Messi” contest?