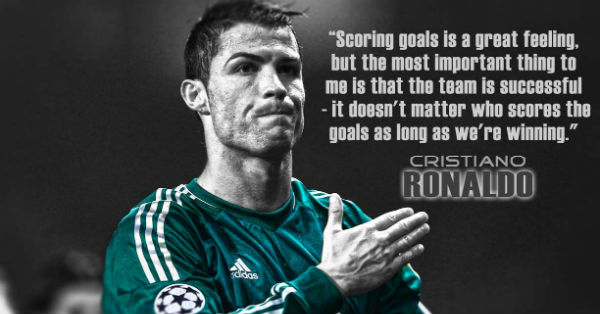 This has been said over and over again,but we are going to repeat it anyway:  Cristiano Ronaldo is basically two different people,trapped in one (very muscular,to say the least) body.

On the field, he is a formidable presence, who gets the hump if anyone dares to suggest he pass them the ball. However, the moment he steps off the field, he transforms into this delightfully cuddly and lovely human being,who has redefined loyalty and admiration for his current club Real Madrid.

On 26 June 2009, Real Madrid confirmed that Cristiano Ronaldo would join the club on 1 July 2009 from Manchester United for £80 million (€94 million), thus becoming the most expensive player of history after agreeing terms and signing a six-year contract. The magic has never faded after that.

So we have compiled something that shows exactly how vocal Ronaldo has been when it comes to expressing his love for Real Madrid and its supporters. These 5 quotes prove how Ronaldo reveres Real Madrid and how he considers himself absolutely lucky to be such an integral part of the team. Read on.