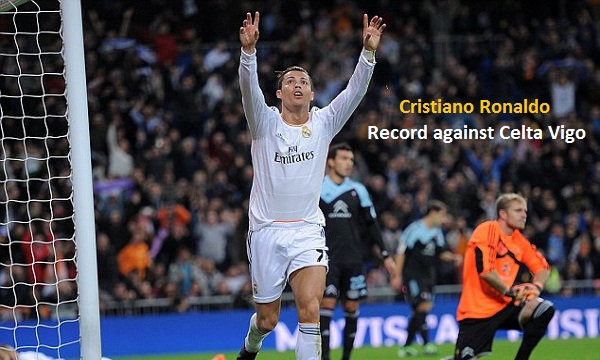 Critiano Ronaldo is one player who is feared by every team in the world. Managers take special measures in order to try and stop Ronaldo from scoring. On a number of occasions managers go for couple couple of defenders covering only Ronaldo and still he is able to score in almost every single game. The player boosts the best goal scoring ration in LaLiga, which is more than 1 goal per game. This is one amazing stat to have which even palyers like Zidane, Pele and Maradona would be proud of. But there is one team against which Ronaldo has a goal scoring ratio of 2 goals per game. Yes! you read that right 2 goals for every game he plays. That unlucky team is Celta Vigo.

With such incredible record, you can be sure that Ronaldo would be desperately waiting to face Celta Vigo again.