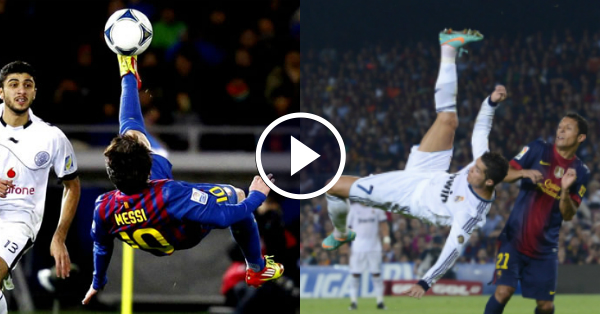 Two of the greatest players in the world of football, Cristiano Ronaldo and Lionel Messi, are always pitted against each other as competitors. They are living legends. In every new season, football fans get widely divided into two camps, one supporting Messi and the other, Ronaldo. The 2016 season has been one of the best in the life of Ronaldo. He ended up lifting many trophies for his team, and winning several awards for himself, including the prestigious Ballon d’Or. At the moment, Ronaldo is just one more of them away from Messi. But, more than any award or trophy, it is the performance of the players that speaks of their incredible skills. From rabonas to bicycle kicks to rabonas, the players create magic on the field. 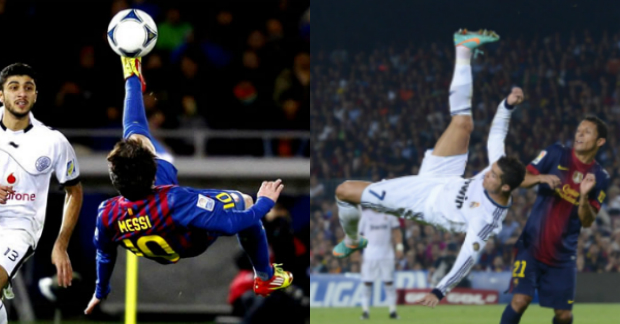 One of the best displays by any footballer is a bicycle kick, also known as an overhead kick or a scissor kick. A footballer can achieve a bicycle kick when he throws his body in the air, backward, and makes a movement to get one one leg in front of the other, before striking the ball that is in the air, usually above the level of the head.

In most languages, this manoeuvre is called the cycling motion or scissor motion because of the resemblance. It is a complex, and hence uncommon, performance in competitive football matches, which makes it among the most celebrated skills in association football.