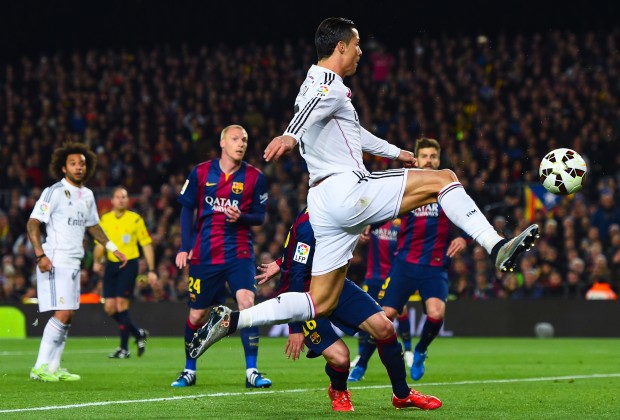 to score against Granada on Sunday and statistics indicate that he will be on target.

Ronaldo’s run began in October 2013, when he scored Real Madrid’s second goal in the 2-2 draw against Malaga. He then scored against Malaga again in a 2-0 win at the Santiago Bernabeau, before moving on to score against Almeria in a 5-0 win later in 2014. His record continued against Levante, and also against Atletico Madrid earlier this season (even though his team lost). His latest victims were Eibar, who he scored a brace against after the last break in the 4-0 win.

Real Already Lining Up Their Next ‘Galactico’ Signing

Real Madrid cannot afford to slip up against Granada on Sunday and anything less than a win would spell the end for their faint la liga title aspirations. However, Carlo Ancelotti will be happy to know that Cristiano Ronaldo is ready to pick up his game after the international break.