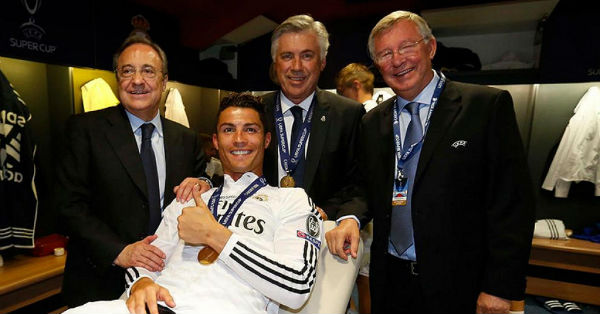 Ronaldo on 3 of his coaches 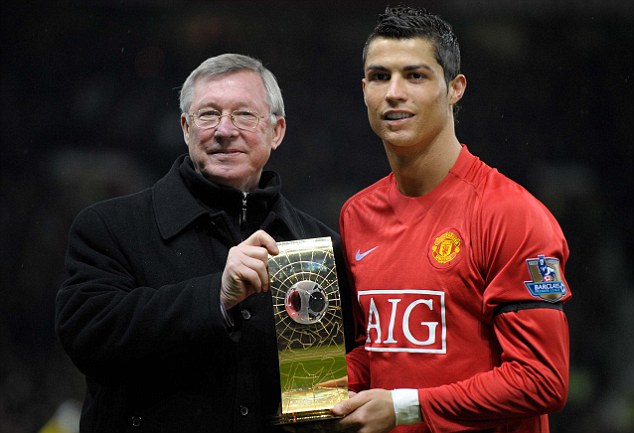 Ballon d’Or winner Cristiano Ronaldo has played under three of Europe’s most reputed football managers – Ancelotti, former mentor at Manchester United Sir Alex Ferguson and current Chelsea coach Jose Mourinho. And it will certainly be interesting to catch Ronaldo on 3 of his coaches.

The Portuguese superstar first impressed Sir Alex while he was at Sporting Lisbon during a 2003 friendly match against his Manchester United team (Lisbon had won 3-1). So overwhelmed by his talents, Sir Alex ushered the once-skinny winger to Old Trafford.

Sir Alex offered Ronaldo a special role at Manchester United, allowing the 29-year-old to effectively abandon defensive responsibilities, focussing more on his unbelievable speed going forward (both with and without the ball). The Scottish manager played an enormous part in his career, and to this day Ronaldo still considers the Manchester United board member as his footballing father.

Speaking in a BBC documentary on Ferguson, Ronaldo exclaimed: “He invites everyone to come for lunch, come for tea… an English cup of tea!

“It was a family with him.” 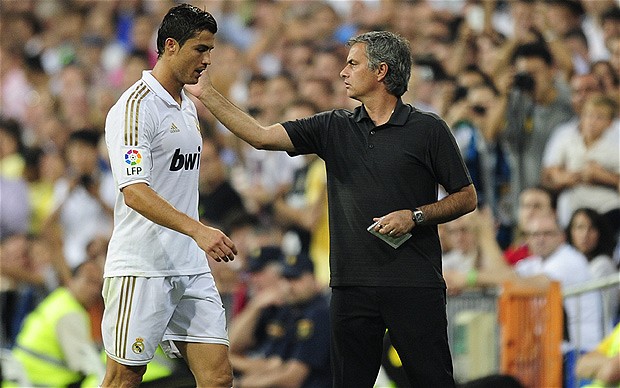 After his record-breaking and much discussed transfer to Spanish giants Real Madrid in 2009, Ronaldo rapidly crossed paths with the man who Florentino Perez once marked as the best coach in the world – Jose Mourinho (who arrived in 2010), and Ronaldo’s performances in La Liga under the Portuguese boss attained new pinnacle.

In the three seasons of Mourinho’s regime in the Spanish capital, Ronaldo scored 168 goals in 164 appearances, and picked up a La Liga and Copa Del Rey winners medal.

But Mourinho’s final season in charge of Los Blancos (2013/13) ended on a rather less-than-happy note, with the self-proclaimed Special One intent on returning to his former club Chelsea, and Ronaldo finishing the season without a trophy. He reportedly told media about the gloomy circumstance that prevailed,‘There was a bad atmosphere and it was a difficult period in personal terms.”

After Mourinho’s return to The Blues Real Madrid went for another former Chelsea boss – Carlo Ancelotti – as his replacement. 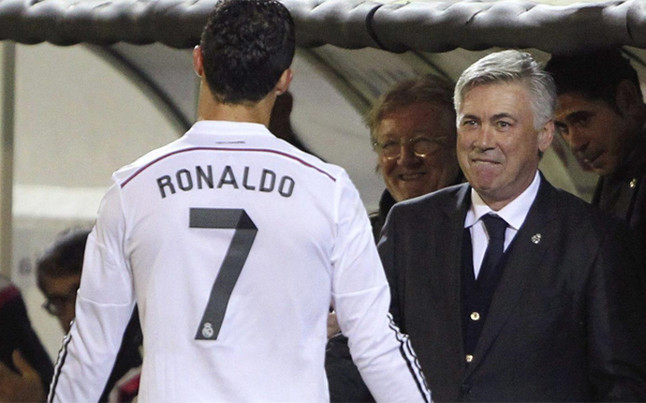 The Italian manager started off gradually at the Bernabeu, with early-season defeats against Atletico Madrid and Barcelona not helping his reputation. Ronaldo, however, was completely supportive of his boss from the very first day and he allegedly told Real Madrid president Florentino Perez that Ancelotti is the best coach he’s ever had – even better than Sir Alex and Mourinho.

“President, I’m all for Ancelotti. He is the best coach I have had in my career up until now. He has given me what others haven’t been capable of”, Ronaldo had reportedly said.

Drop your comments and let us know who according to you was the best coach for Ronaldo.