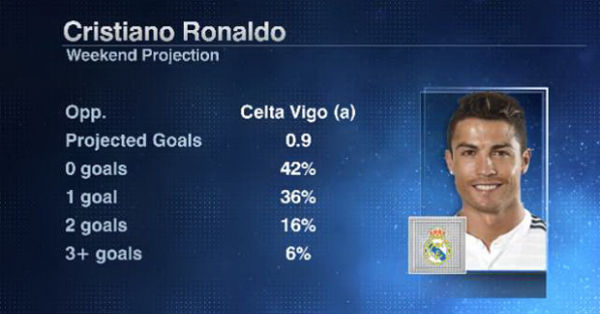 Ronaldo can go ahead of Messi! 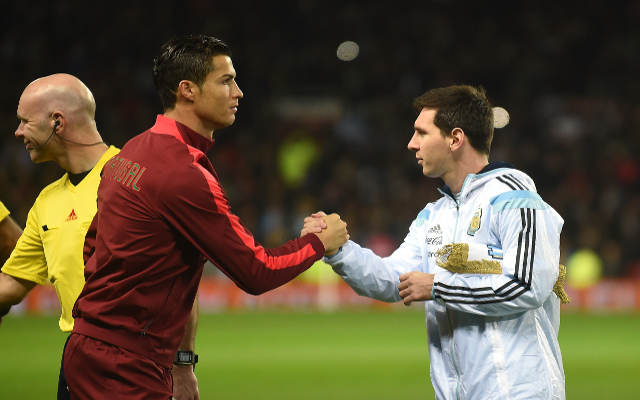 In Cristiano Ronaldo and Lionel Messi’s scoring battle, Ronaldo can pull away.

Current goals total in La Liga for both of the players are as follows:

Ronaldo has scored six, whereas Messi has just three goals in his name before being out due to his injury.

With the chance that it will take Lionel Messi still up to a month for a playing return, Cristiano Ronaldo has time to build up a rather sizable advantage in their pair’s season-long scoring battle. Last weekend, the Portuguese forward extended his lead further with a goal vs. Levante.

On Saturday when Real Madrid visit Celta Vigo, a logical projection model predicts that Ronaldo holds an excellent chance of finding the net yet again. (The following day, Barcelona, without Messi, are competing against Eibar.) 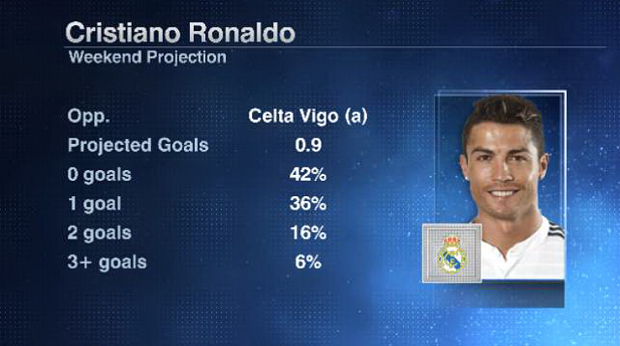 Ronaldo, who presently leads his great rival by three goals, remains the overwhelming favourite to win the head-to-head battle over the course of the ongoing season.

Messi’s injury has compromised his chances to hit various goal landmarks, though he is still predicted to end the season with a handsome haul. Ronaldo, understandably, is predicted to end it with even higher numbers.

How does the projection model work?

“These projections account for the historical performance (goals scored and minutes played) of the two players since 2010, strength of opposing defences faced (measured by SPI defensive rating), game location and the potential for injury or missing games. Based on these inputs, the predictor will estimate the chance of each player scoring any number of goals for each remaining game. From this, we can project the total number of goals scored, hat tricks and the chance of each player accruing more goals than the other over the course of the entire Liga season.”