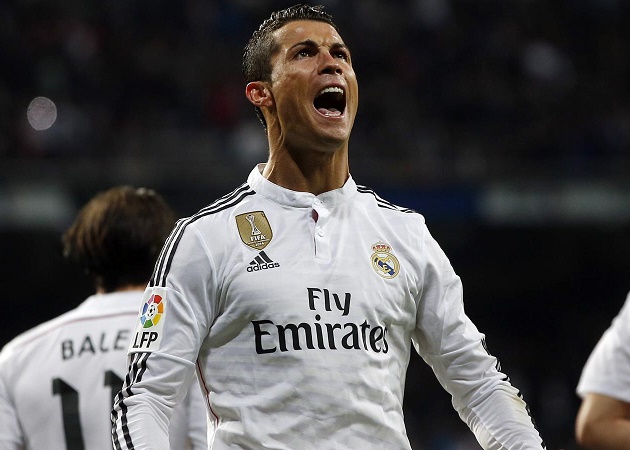 Real Madrid forward Cristiano Ronaldo continues to make history as the reigning Ballon d’Or winner becomes the first player in Spanish football to score 50+ goals in five consecutive seasons.
Outside of humiliating defenders on the pitch, Real Madrid star Cristiano Ronaldo reached another milestone on Saturday.In the 91st minute of Saturday evening’s 3-1 win over Malaga on Saturday evening in front of a packed Santiago Bernabeu crowd, Cristiano put himself in the history books for Spanish football for yet another time this season.

Although he missed a penalty off the crossbar in the 67th minute, the Portuguese star redeemed himself in the 93rd minute, tapping home an easy low cross from Javier Hernandez for his 50th goal of the season in a 3-1 win over Malaga. He became the first player in the history of Spanish football to score 50 goals for five consecutive seasons.

The 30-year-old also become the fifth player to score 300-plus goals in the history of all five major European leagues.

The season in which he’s scored 55 and 51 goals have earned him Ballon d’Or honours as the world’s greatest player, but this year he faces a strong rival in the resurgent Leo Messi, who looks to rival Cristiano for his crown and Golden Boot title.