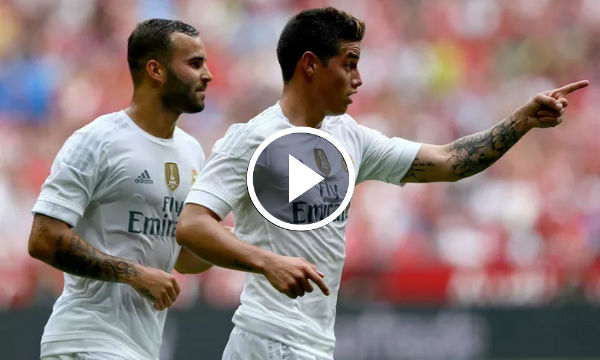 After an action-packed match against Tottenham at the Audi Cup, Real Madrid once again emerged on the field for yet another exciting match, this time against Bayern Munich. As the match began under great speculations, Muller took the first strike on goal, collecting the ball around 25 yards out before attempting towards bottom corner, though it turned out to be rash for the hosts. Within a few more minutes, Bayern picked up pace, and and settled better out of the two outfits. Kroos was against his former team, Bayern, and he almost made a great return to the Allianz Arena.

13 min into the game, and Alaba was seen lashing a strike on behalf of Bayern. Worrying scenes for both the clubs followed suit, as two key players, Pepe and Boateng, got injured. Pepe had to be replaced by Nacho Fernande, but Boateng seemed fine, as he decided to continue playing. The match rolled on with the two teams getting engaged in frequent attacks, and in the 27th min, Carvajal made a vital block. As the excitement for the match started rising, Marcelo received a yellow card for a poorly timed tackle, followed by Xavi Alonso as he went right inside the Bayern half.

The rest of the first half got completed without any remarkable change, though Bayern hit the post once, and there was a penalty shout for Madrid. However, at the end of the first half, the score board read Real Madrid 0-0 Bayern Munich.

The second half began with several substitutions, and in the 50th min, Medhi Benatia was booked for committing a harsh foul. The two teams continued to lock horns, and the substitutions went on, as well. And incredible miss from Lewandowski left the fans heart broken. Once player who was stealing the show was Kroos, as he turned the match into a kind of duel between himself and former teammate Neuer. In the 71st min, Sergio Ramos was shown the yellow card. Great attempts, incredible saves and remarkable misses seemed to be the USP of the match as none of the teams managed to score a goal.

In the last couple of minutes, Bayern got more involved at the opponent’s box, until in the 88th min, Robert Lewandowski scored the first goal of the match for Bayern. By the time the match reached its 90th min, the score board read Real Madrid 0-1 Bayern Munich, as Real got ready to pack up and go home, and Bayern lifted the prestigious Audi Cup trophy.