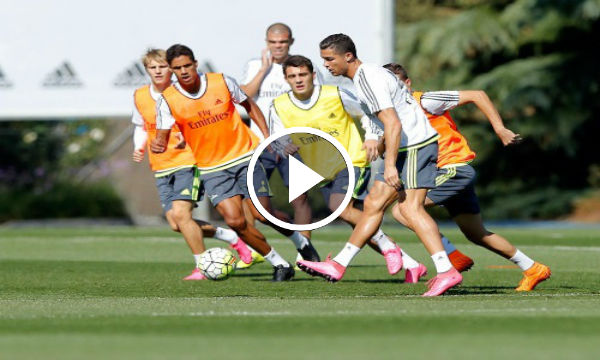 The Real Madrid squad back to training ground on Thursday to set themselves up for the visit of Málaga on Saturday, when they will hope to concrete their position on top of La Liga. Keylor Navas, Dani Carvajal, Mateo Kovacic, Toni Kroos and Isco performed some wellness drills before signing up with whatever is left of the side that began at San Mamés who were utilizing the indoor offices at Valdebebas. Gareth Bale, James Rodríguez, Sergio Ramos and Danilo proceeded with their recovery, which in the Brazilian’s case incorporated a brief spell on the training pitch to some sprints.
Madrid squad back to training ground ahead of Malaga clash
Rafael Benítez was joined on the pitch by whatever is left of the squad and the Castilla players Marcos Llorente, Mayoral and Odegaard. Achraf, from the Under-19s A side, likewise partook in the session, during which the squad did high-force ball flow and constraining activities and played a game on a little estimated pitch. Kaylor Navas, Isco, Carvajal, Kovacic and Kroos did running drills before keeping on working at the indoor offices alongside alternate players that starts in Bilbao.
Watch and Enjoy, Madrid squad back to training ground video: