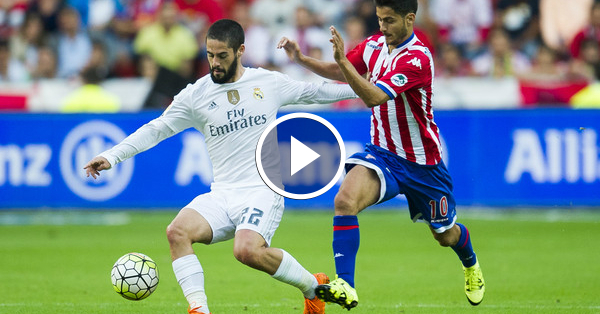 Real Madrid just grabbed a last-minute win against Sporting Gijon after a match that looked like it would end in a draw for the majority of it. In the 14th min, Cop scored the first goal for Gijon. This was levelled by Isco in just a couple of minutes and he made a brilliant display. Sporting’s Vesga scored the second goal for his team 5 minutes into the second half, only to be levelled by Morata in the 59th minute. Ultimately, Isco scored the 3rd goal for his team in the last minute, and grabbed an incredible win!