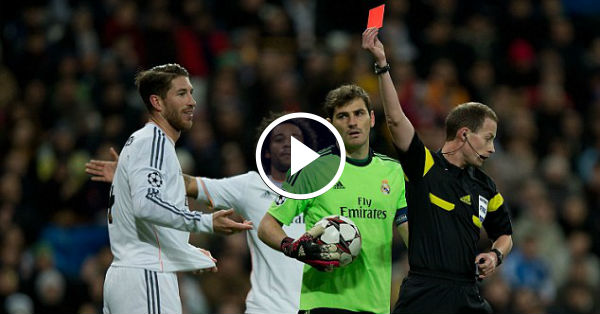 Pablo Alfaro, who is the joint-record holder for La Liga red cards has suggested that Real Madrid‘s Sergio Ramos ‘plays to the limit’, and gets regularly dismissed.

The Real Madrid Captain has received 15 red cards in his La-liga career. only three less than Alfaro.

“Centre-backs see more cards. You tend to deal with the most talented opponents,” Alfaro explained to AS.

“He also plays the most games. In addition, the laws evolve to protect the most talented. Football has gained showmanship and lost in hardness. Think of those old centre-backs and their fame and their cards.

“Ramos is at the limit and he’s the best. With Carles Puyol he is one of the two best defenders in Spain’s history. He goes to the limit because he’s brave, quick and confident. 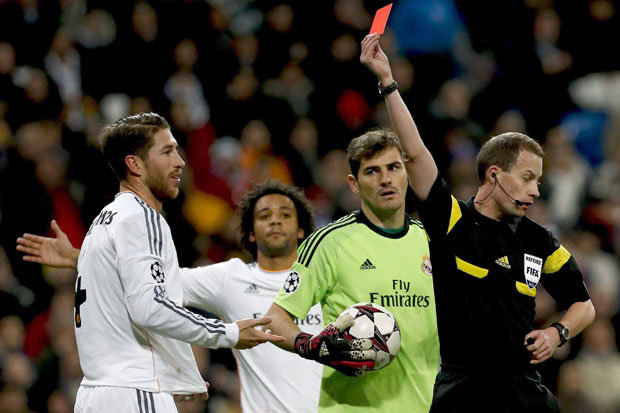 “When you’re on the motorway, sometimes you go past the speed limit and you’re caught on the radar. If you evaluate the positive and the negative, the positive wins overwhelmingly.

“He’s a passionate guy, who is strong and who wants to be respected. That’s one of his virtues. He’s at a big club, where the yardstick isn’t the same.”

While, according to Football Espana, Real Madrid has asked Wales to not to name  Gareth Bale for upcoming International fixtures against Northern Ireland and Ukraine.

“Real Madrid want Wales to give Gareth Bale a rest and not name him in the squad to play Northern Ireland and Ukraine.

“AS reports there’s a fear at Santiago Bernabeu that Bale could suffer a relapse of his thigh injury if he plays for the national team so soon after making a comeback with his club.”

Bale missed two months of action between January and March with the injury, appearing in the 5-1 win over Sporting Gijon on January 17 and then not again until March 5’s 7-1 win over Celta Vigo.”