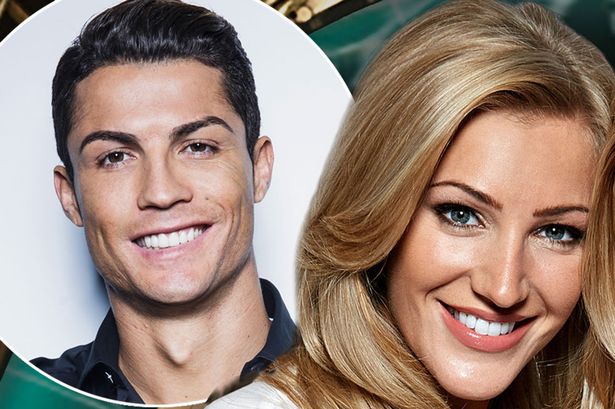 As the weeks go on, we’ll no doubt be hearing plenty of tales from the Big Brother housemates – though Amy Broadbent, 27, is already dishing on her past celebrity hook ups.

The Manchester-born blonde and ex-TOWIE star revealed she once went on a date with footy ace Cristiano Ronaldo, but said he failed to impress.

Speaking to The Sun, Amy admitted: “We went for dinner. But it was a bit awkward because he didn’t really speak very good English.
“We talked about football as he’d played that day. I pretended I’d watched when I’d only watched a smidgen and didn’t know what I was talking about. Actually we talked about nails and manicures. He was really interested in nails.”

She goes on to say she hopes her former flame will see her on the reality show and want to rekindle their romance.
Amy will be heading into the house with her twin sister Sally and will be joining 14 other housemates who were announced at the weekend – the first time names have ever been revealed before entering the Hertfordshire digs.

Among the rest of this year’s crop is a former X Factor contestant, Eileen Daly, 51, from London, and model Aaron Frew, 24, from Northampton.

The show kicks off this Tuesday.