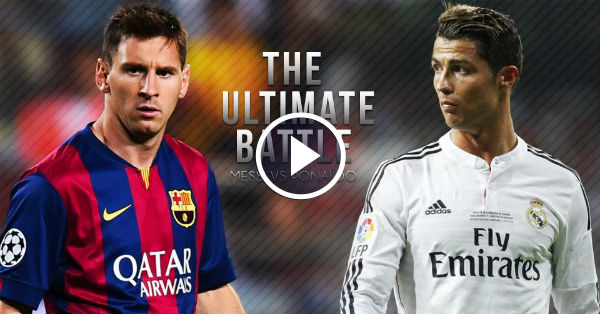 Lionel Messi lift the lid over his rivalry with Cristiano Ronaldo

Lionel Messi insists that his rivalry with Cristiano Ronaldo is only professional not personal.

The Barca ace admitted he has huge respect for Real Madrid forward, but nothing more than that.

Messi was interviewed by El Grafico, in which he talked about number of subject including his understanding with Barcelona colleagues Luis Suarez and Neymar and his relationship with Ronaldo.

Lionel Messi lift the lid over his rivalry with Cristiano Ronaldo

“The truth is we have a very good relationship on and off the pitch. We get along really well,” he said.

“We try to work for the team and it’s good we all feel important. Trust is best for that. Perhaps all being South American helps but we are professionals.

“When we represent our national teams it changes, but there’s no rivalry or confrontation. 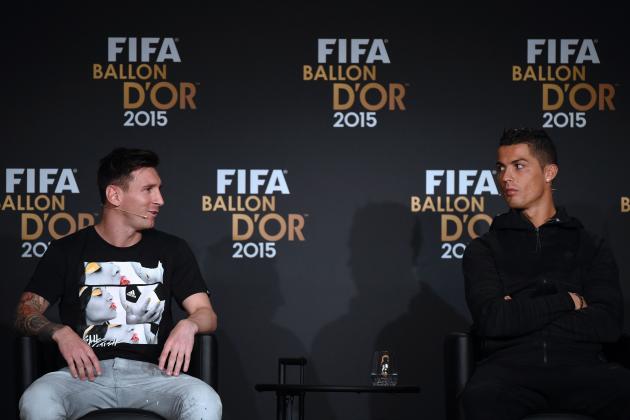 “Sometimes we win and sometimes we lose. There’s always been great respect.”

“I’d prefer to win something important with the national team, even with a goal against the opponent,” he said.

“I’m not interested in records, although they’re there, but they don’t make you win trophies. 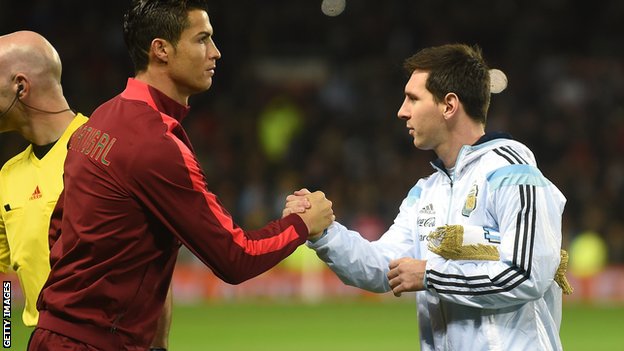 While speaking about Lionel Messi and Ronaldo, Neymar told  UOL that he would rather Argentinian left foot than Portuguese’s right and also revealed how it feels playing alongside with him.

“I’d take Messi’s left foot, with all due respect to Cristiano, because my right foot is pretty handy too.”

“Unfortunately I never saw Pele play. What I know of him is through my grandfather, my dad’s dad, who used to talk to me and tell me about how he played. It’s a difficult question for me, because I’ve seen Messi play and have had the chance to play alongside him. They’re both geniuses, though.”