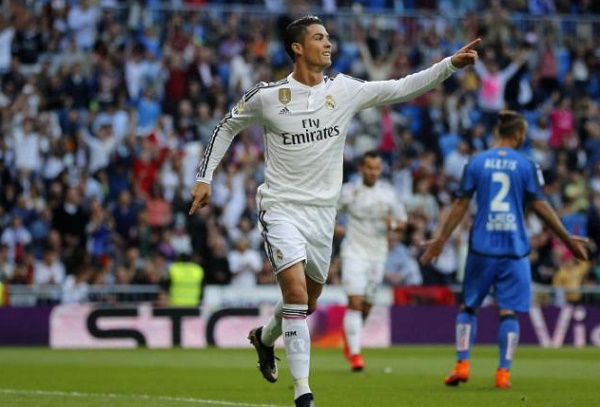 LONDON (AP) — Juventus took over as team of the week in the AP Global Football 10 on Tuesday for its two big wins, including a 2-1 victory over Lazio in the Italian Cup final
The Serie A champions followed up the cup win by beating Napoli 3-1 in the league on Saturday.

”It was another good week for Juventus,” Marco Monteverde of News Corp. Australia said. ”They won the Italian Cup and then further emphasized their Serie A dominance by beating Napoli.”

Stoke was second after routing Liverpool 6-1 in the Premier League on Sunday, with Real Madrid third for beating Getafe 7-3.

Roma is fourth after beating Lazio 2-1 in the capital derby on Monday and securing second place in Serie A.

Chelsea polled fifth for signing off its Premier League-winning season with a 3-1 victory over Sunderland at Stamford Bridge.
Arsenal, Barcelona, Bayern Munich, Paris Saint-Germain and Manchester City round out the top 10 teams of the week.

Cristiano Ronaldo scored a hat trick in Madrid’s victory, cementing his team’s position as runner up to Barcelona in the Spanish league, and was voted player of the week.

”Cristiano Ronaldo did not get his hands on the league trophy but his season still ended with a silver lining: a hat trick taking his goal tally to 61 for the campaign,” Chris Tait of The Herald in Scotland said.
Lionel Messi was fourth for scoring both goals in Barcelona’s 2-2 draw with Deportivo La Coruna in the Spanish league, while his fellow Argentina international Sergio Aguero took fifth for scoring as Manchester City beat Southampton 2-0.

”Sure, Ronaldo scored 61 goals, but could he save his coach’s (Carlo Ancelotti) job?” Tom Timmermann of the St. Louis Post Dispatch in the United States said. ”Messi, meanwhile, has a typical Messi week. You wonder if those two ever get bored with all those goals.”