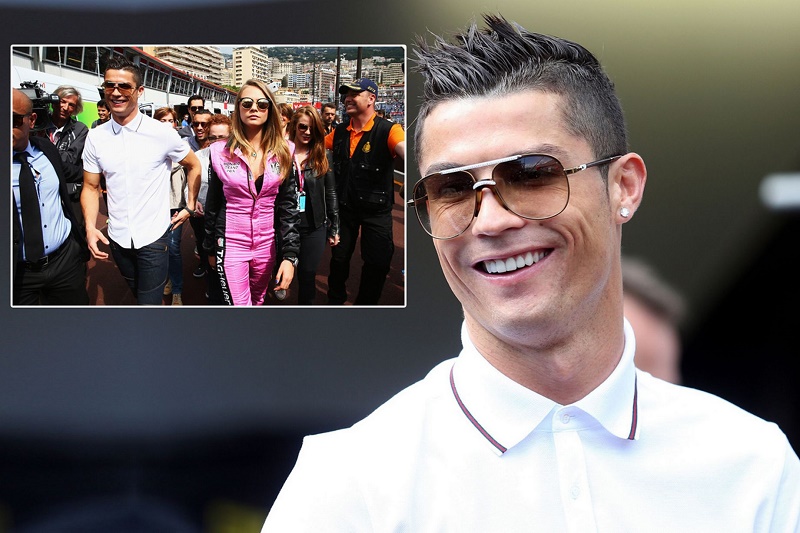 The 24-year-old from Rome, an ex-of Silvio Berlusconi’s son Luigi, consoled Cristiano after his side’s semi-final Champions League defeat to Juventus
Cristiano Ronaldo has found a replacement for Irina Shayk – a stunning Italian model with the same bee-stung lips as his Russian ex.

Victoria’s Secret beauty Irina, 29, reportedly dumped the Real Madrid ace five months ago after he confessed to messaging a string of women behind her back.

He is now understood to be seeking solace in the arms of gorgeous Alessia Tedeschi.
The 24-year-old from Rome, an ex-of Silvio Berlusconi’s son Luigi, consoled Cristiano in Madrid after his side’s crushing semi-final Champions League defeat to Juventus earlier this month.

Italian papers claim Alessia, a Miss Italy 2011 finalist, accepted a VIP invite from the former Manchester United striker to watch the game before spending the night with her new man.
She flew to an exclusive dinner party in Cannes after their romantic date which was also attended by the likes of Kelly Brook, Paris Hilton and Cara Delevingne.

Irina was also in the glitzy French Riviera resort but went to a different celeb bash which raised millions of pounds for the fight against AIDS.

One showed her being chauffeur-driven to Real Madrid’s Santiago Bernabeu stadium.

Cristiano, 30, has been single since a New Year’s Eve row with Irina said to have been caused by his flirty texts to women in at least six different countries.
A newpaper claimed last weekend their five-year relationship unravelled when she confronted him over phone statements she found as the pair planned a party at their home in Madrid.

Vanessa took to Twitter after being named as his new girlfriend to say she had never met him.