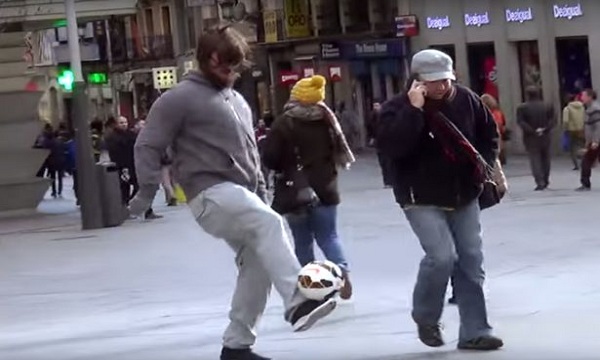 Cristiano Ronaldo is probably the worlds most famous sportsman and when he does something which is not routine, he does make headlines across the globe and hundreds of millions of fans react to it on social media. A recent prank video of Cristiano Ronaldo has gone viral on social media and was featured in sports headlines across the globe. In the video Ronaldo dresses as a homeless man, puts on a fake beard, and a mustache along with a messy wig. He also wore some padding in order to make sure no one notices the well toned body. Cristiano took to the streets in this outfit and tricked the locals before revealing his true identity.

The Cristiano Ronaldo prank video was covered by the sports websites, news channels and newspapers across the globe. Sky Sports, ESPN, AOL, Business Insider, Mirror, Telegraph, Daily Mail, and were some of the websites and news paper who covered the story. With La Liga season not yet started and not much football action around, such an entertainment video by the Best Player of the world was sure to make headlines. 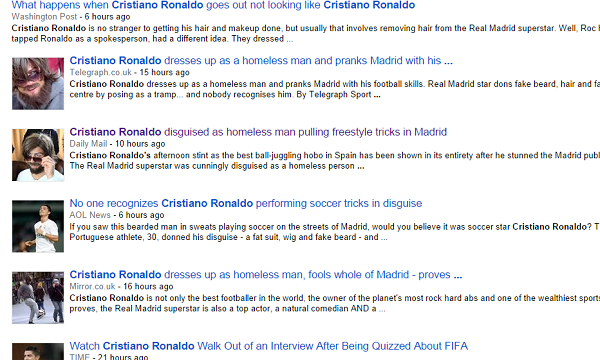 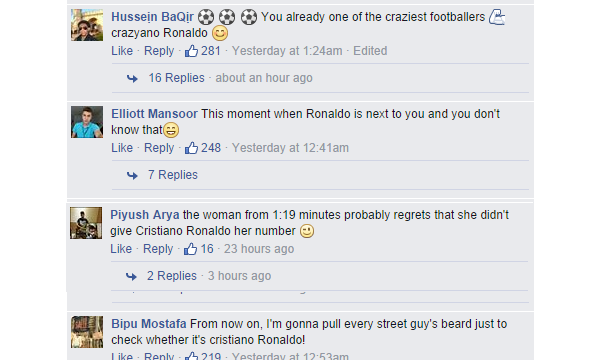 The reaction on other popular social media websites was not different either and the number of searches for Cristiano Ronaldo spiked to more than 120,000 in last 24 hours.