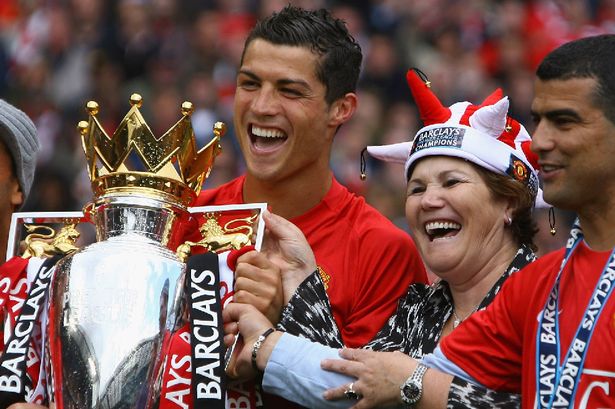 Manchester United and Real Madrid could BOTH make a profit on Cristiano Ronaldo if they agree to a £74.8million (€101million) transfer this summer.

advisory, Audere Solutions, whose research has revealed that despite Cristiano Ronaldo being the wrong side of 30 and suffering in form, Real Madrid could still make a profit on the winger.

Ronaldo arrived at the Bernabeu from Manchester United in an £80million deal back in June 2009, since when he has won a gaggle of trophies including the Champions League and two Ballon d’Or awards. Owing to the Euro exchange rate

at the time this comes to some €94million, but with the significant weakening of the Euro, their now exists a possibility that United could re-buy the Old Trafford hero for more than the price they paid… and still make a profit.

“Therefore, without taking into account his wages, Madrid would make a €14.8m profit from having the best player in the world for 6 years, in the prime of his career. Not a bad return.”

But what if United and Real both wanted to profit from the transfer?

Well let’s assume Ronaldo demanded to be the most expensive player in the world (again) and Real would not let him go for anything less than what they paid for Gareth Bale, his heir apparent.

Indeed, while it is impossible to predict what will happen next in the currency markets and whether this is just a dip, the current situation could make the coming summer a perfect opportunity for English clubs to take advantage of exchange rates

movements can affect any business,” Ruddiman concludes, “but the recent fall in the Euro could make the summer transfer market very interesting… it is likely many UK clubs will be buying players from Europe because they will be getting more value and bang for their buck.”