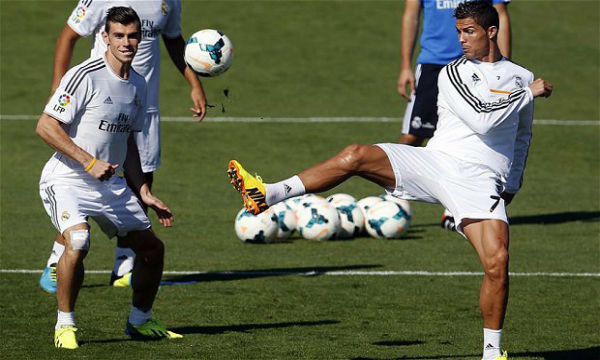 Real Madrid striker Cristiano Ronaldo starting to worry his own teammates in the locker room immersion.
Zero Liga goal in two games. Cristiano Ronaldo, we had not comfortable to such silence since he set foot at Real Madrid. If they can reassure themselves by saying that Lionel Messi has not opened his account-goals for Barcelona in La Liga, CR7 some teammates in the locker room begin to doubt him. According to Media reports, Ronaldo’s early season is indeed “not to the taste of his team” behind the scenes.

It would maintain the cold relationship with Rafa Benitez and influence gradually lost to Gareth Bale are all elements that do not incite to optimism with them. “In the Madrid dressing room, several players begin to talk about his situation and understood that the current does not go well with Rafa Benitez, ensures the journalist. They know that as CR7 will not have its usual performance, results of the team will not be better. Still, they expect it to find the form as soon as possible because otherwise, the season may be very long for everyone.”