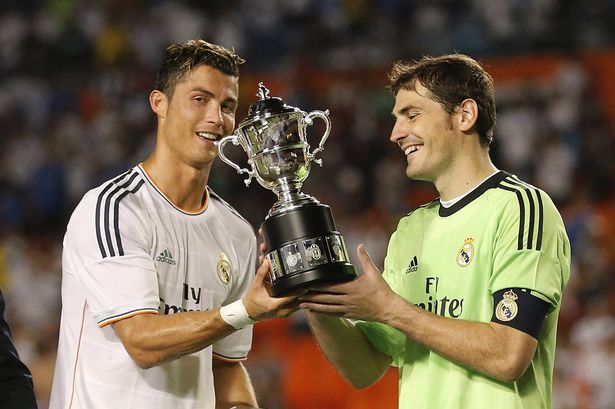 Barcelona sealed their place in the Champions League final last night despite a 3-2 defeat at Bayern Munich, going through 5-3 on aggregate.

The Catalans look back to their best and will surely go into the final as favourites against either Juventus or Real Madrid, who play tonight for the right to face Barca in the show-piece match.

But the Premier League had no representatives in the latter stages of the competition as Manchester City, Arsenal and Chelsea all went out before the quarter-final stage.

If they are to push further on next season then all will surely have to strengthen this summer, so who might be moving where?
Former Real Madrid goalkeeper Agustin Rodriguez claims he is certain Cristiano Ronaldo and Iker Casillas will definitely leave the club this summer. He said: “I think Iker Casillas is going to go, genuinely. And Cristiano, too. I’m certain on that.” (Radio Marca)

Chelsea look set to miss out on Japan striker Yoshinori Muto with the forward instead ready to sign for Bundesliga club Mainz, where he believes he will get more first team action. (Guardian)

Manchester City are ready to pounce as Jordan Ibe’s contract talks at Liverpool have been put on hold until the end of the season.