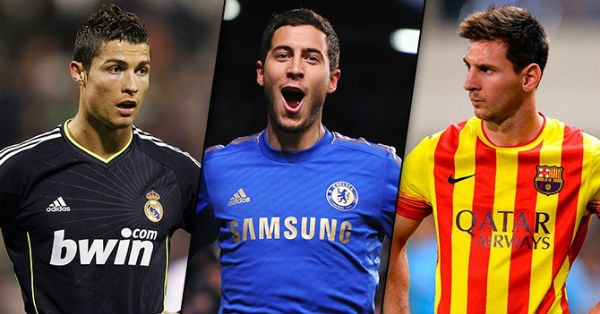 Former Manchester United player Gary Neville has said that Eden Hazard is not with same level with Cristiano Ronaldo and Lionel Messi.

Eden Hazard, who was instrumental in Chelsea’s title winning campaign last season is the one of most talented footballer right now, but Gary Neville while speaking to Sky Sports cooled the talk of Hazard’s comparison with arguably with the two best player in the World, Cristiano Ronaldo and Lionel Messi. He said; 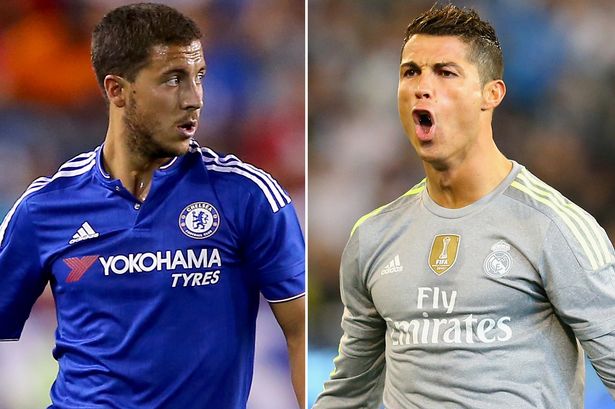 “I have no sympathy with Hazard. I expect more from him. The bar he set last season, we started to see a great player.Here in Premier League, how many real top, world class player could you see we have in League.

“Regarding Hazard, there was  a talk about him getting in to Cristiano Ronaldo and Lionel Messi bracket. Off course, last season they have off period but even in their off periods they manage to contribute, they score goals. You saw  Ronaldo breaking record over the weekend and what Messi has done.But I have no sympathy for Hazard,in the sense that the question mark hanging over him is in respect of can he raise his bar to go to next level?”

Both Hazard and Chelsea have the worst possible start of the season, and the last season’s PFA player of the year was dropped by Jose Mourinho in Champions 2-0 win over Aston Villa.While Chelsea’s boss defended his decision of dropping Eden Hazard by suggesting that t his lack of defensive work is the reason, why he dropped Belgium International.

“I left out the Hazard because we are conceding lots of goals lately. We need to defend better.”

While Eden Hazard has still shortlisted for Ballon d’Or along with Cistiano Ronaldo, but Chelsea winger has no serious chance of becoming FIFA player of year, with both Lionel Messi and Cistiano Ronaldo are the front-runners once again.