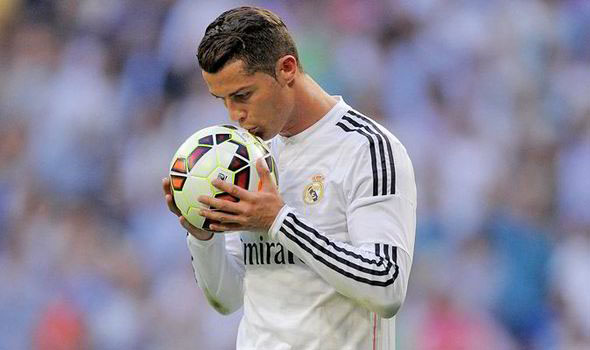 Ronaldo misses out on chance to become all-time top scorer. Don’t panic, Cristiano Ronaldo still has 436 games left to break Raul’s record in fewer matches than the legendary Real Madrid captain. There was no goal for him here in a 1-0 win over Granada however as Rafa Benitez’s side went top in Spain.
In his 305th match for the club, Ronaldo failed to add to his 321 goals and still trails Raul who scored 323 in 741 games.

Ronaldo drawing a blank did not stop Real Madrid taking three points against Granada with Karim Benzema nodding in Isco’s cross at the back post to finally finish off stubborn opposition.
Granada had chances of their own and when Youssef El Arabi had the ball in the net in the first half the offside flag was raised in error to rule out what had been a perfectly good goal.
Ronaldo was also looking for his 500th career goal but he was frustrated by a Granada side who had the first chance of the game with Marcelo hooking the ball away from Edgar Mendez just in front of the goal line.
Andrés Fernández saved comfortably from a Pepe header and the Granada keeper was man of the first half for the visitors with a string of saves.
Ronaldo was put through by Isco but another good save from Fernandez kept Real out. Benzema couldn’t convert the rebound.
Ronaldo then went close with a long-range free-kick but Fernandez saved and he cleared the rebound before Lucas Vazquez could finish.
It wasn’t just that Fernandez was playing well or that Ronaldo’s aim was off; he was also being uncharacteristically generous. He charged through and then looked to pass to Benzema confusing everyone including the French striker.