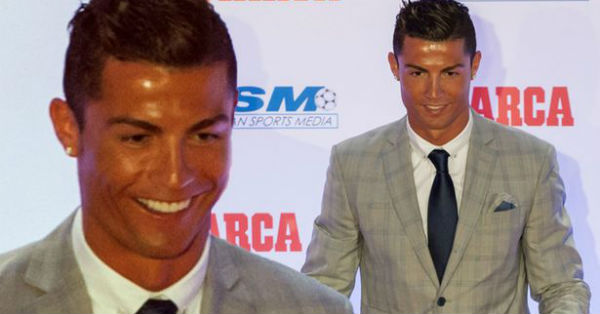 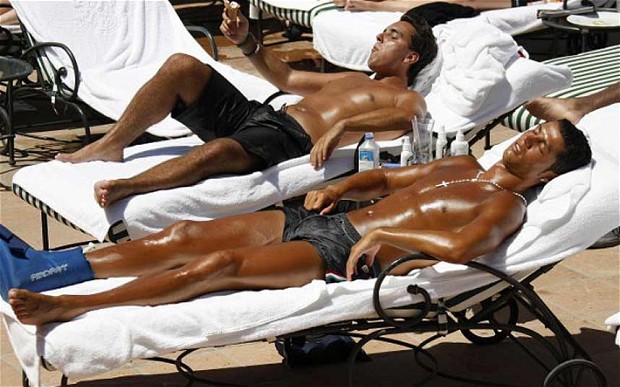 The footballer received a record fourth golden boot and his tan was somewhat of the scale, chiefly because of spending weeks in the sun.

He’s been spotted sunbathing frequently and the results are somewhat unsettling.

Ronaldo’s dark orange tan definitely isn’t a placeholder on the Dulux colour chart but he didn’t seem to notice how standout it was as he received his fourth Golden Boot at an awards ceremony.

The Portugal footballer was accompanied at the ceremony by his mother and son.

Not only did Ronaldo look as though he’d spent more time pampering than a reality star from The Only Way Is Essex, he also thanked everyone under the sun as if he was picking up an Oscar. 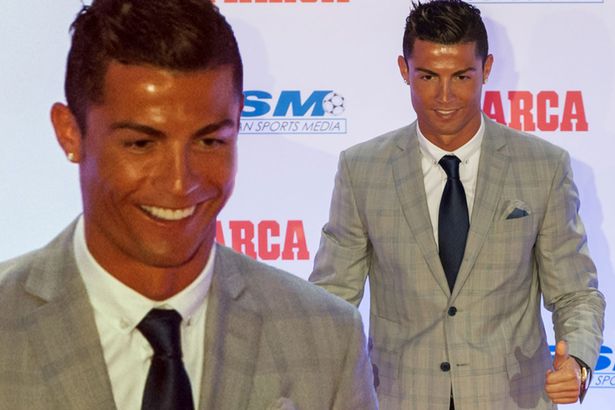 He said: “I want to thank everyone who has come today, the Portuguese ambassador, my manager, my president, those from Real Madrid and the fans.

“This is a beautiful moment in my sporting life. To receive the fourth Golden Shoe is an honour and a privilege. This trophy is very important for me and I have to thank my teammates and everyone who has helped me.”

The Portuguese hunk still looked ravishing as usual in a light grey suit, white shirt and dark tie and wore his dark hair slicked back for the special occasion.

He capped off a remarkable few weeks, in which he beat the club’s all-time scoring record, by being awarded the trophy for his 48 goals last season. Pretty darn impressive feat to achieve.

Ronaldo has promised to fight for a fifth and sixth Golden Boot in the days to come.

Let’s just hope he stays in the sun  a little less or at least takes a look at his reflection before he leaves the house next time. The whole world always keeps a vigil eye on the style icon.