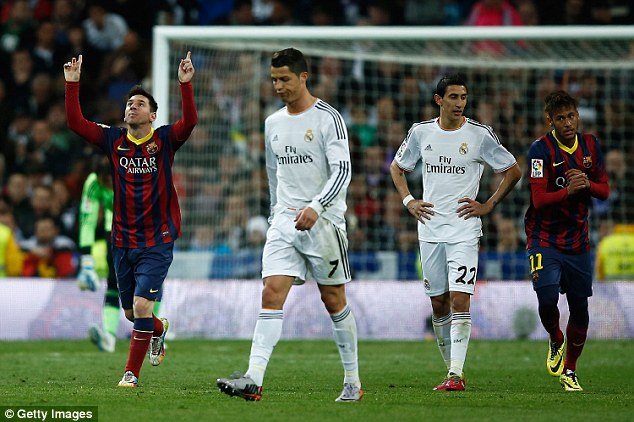 We’ve seen this story before, and you know what? We can’t even hate on this. Sure, this is some petulant behavior, but you’ve got to be impressed that Cristiano Ronaldo gives so few fucks about what anyone—even his teammates—thinks that he doesn’t even try to hide his frustration at not being the one to tap in a fairly meaningless goal late in a sure win.

The obviousness of Ronaldo’s body language wasn’t lost on anyone, and the media asked the actual goal-scorer, Álvaro Arbeloa, if he was bothered by his teammate’s less than enthusiastic reaction. As reported by Marca:

“I’ve seen [Ronaldo’s reaction] and I don’t mind, and if it doesn’t bother me then it shouldn’t bother anyone. I understand his ambition to score goals, he wants to win the game and score because he wants to win the Pichichi which he’s battling Messi for. We want to help him, his ambition is what makes him number one and we are delighted to do so.”
Ronaldo being Ronaldo is what makes him Ronaldo, for better and for worse.