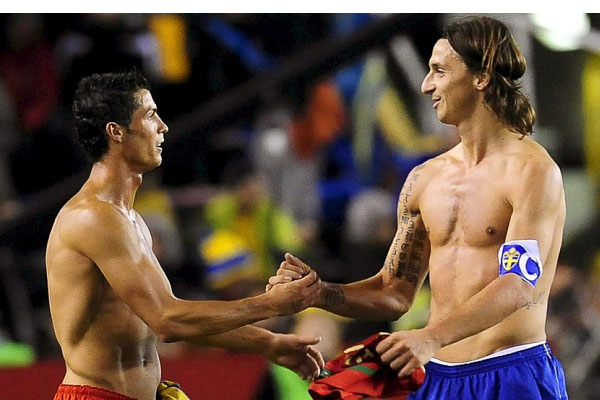 French club want Ronaldo and Real Madrid would sell – but Ibrahimovic and Uefa rules are barriers
Do Paris Saint-Germain want to sign Cristiano Ronaldo from Real Madrid? The answer is yes. Will they? That is far more complicated and appears to depend on two significant events.

The first is the departure of Zlatan Ibrahimovic who is 33, in the final year of his contract at PSG and is unlikely to be offered a new deal. Ibrahimovic is – by far – PSG’s highest-earner so his departure would help finance Ronaldo’s own stellar salary.
Although it is unlikely that Ibrahimovic will go – the purported interest from his former club AC Milan is being seen as an attempt to try and negotiate a new deal at PSG – if he did leave then a move for Ronaldo this summer is possible. Or it may be that PSG wait for Ibrahimovic’s contract to expire next year.
A far more daunting issue for PSG is the possibility that they will be the one major European club who are still severely restricted by Financial Fair Play rules. PSG are understood to have already met with Uefa, who will ease the rules this summer – hence the anticipated spending spree by Manchester City – to question why sanctions may still be in place for them.
If they cannot overturn Uefa’s current restrictions then their transfer budget will be fixed at €48m (£35m) – it was €60m but €12m has already gone because the club was committed to signing defender Serge Aurier who was on loan with them from Toulouse. Even if PSG have a clear-out – the likes of Ezquiel Lavezzi and Yohan Cabaye can go – it might not be enough.
Even though Ronaldo is 30 the fee for him is estimated to be around €120m (£87m) – he also has three years left on his contract at Real – with the expectation he will continue playing for another five to seven years.
Would Real sell? Would he go to PSG? Again the indications are that, yes, they might, and, yes, he could. PSG certainly has the growing world-wide profile that would appeal to Ronaldo who also knows he would be indisputably the biggest star at the club.