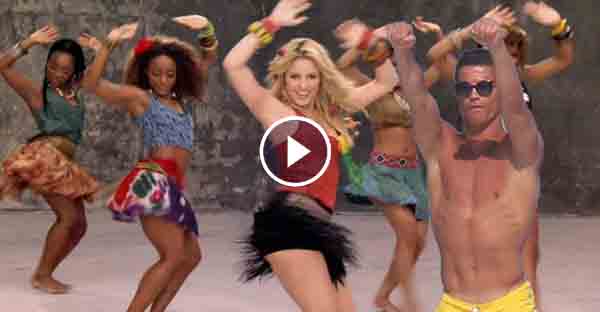 If there’s one person in the world of sports who can totally carry off the label of ‘rockstar’, then it’s none other than Cristiano Ronaldo. He does everything with style and attitude. And, it’s not just his off the field presence that’s like a rockstar. On the field, too, his every move is smooth and incredible! Watch the amazing Cristiano Ronaldo Waka Waka video, and get reminded of that!

The video showcases Ronaldo moves on the field during the FIFA World Cup 2010. It shows how he flies and dances across the field, and makes the ball his slave! Whether or not his every move and attempt translates to a goal is something that Ronaldo cannot be blamed for, because, he makes the best efforts after all! Perhaps, that is the reason he gets all worked up when he does miss a goal!

Every Ronaldo critic has always said that Ronaldo is not talented enough, just like they now say that he is not in shape anymore. But, the fact is, Ronaldo managed to attract the attention of Sir Alex Ferguson when he was just a young boy, and has since worked hard to hone his skills, and gain what he has gained today! True sports lovers will always appreciate that, and understand what truly makes Ronaldo such an amazing footballer!