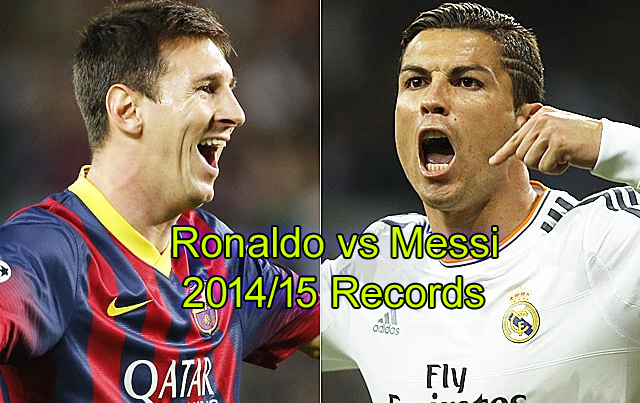 Cristiano Ronaldo v Lionel Messi: Who is better? A through statistical comparison

A debate which every football fan goes through who is better. The Real Madrid star who won Ballon d’Or recently has proved once again that he is going to give a tough competition to Messi.

A graph is shown here comparing both the super stars. These stats are presented here so you can decide by yourself who is the best.

But the with will and passion which they they put in game, these stats are going to change very quickly. The balance my shift from one person to another at any moment.

Ballon d’Or is the perfect example of that as you know last 3 ballon d’or are won by CR and the rest belongs to Messi.

The start of the La Liga season for Cristiano Ronaldo was great when he scored 2 goals but quickly after that we were obliged to see the hat-trick from the rival player.

As we are all aware the scoring records in the Champions League and La Liga as provided in the chart are simply ridiculous.

They are though equal in assists but some of the other stats, including tackles make for very interesting reading.

The difference of goals has been only two for 2014/2015 season. Ronaldo has scored 51 goals and Messi 49. CR has a great luck in penalties while Messi was good at passing with 1491 passes in total compared to 845 passes of Ronaldo. Cristiano has been more accurate with on target shots with 71 % compared to Leo’s 61%.

In La-Liga Ronaldo has goal scoring ratio is better than Messi with 1.56 and 1.05

The two are record making machines. Let’s see what the future holds for these two amazing football icons.

No matter who is better they both continue to provide us with lots of energetic and awesome game play that keep us on our toes whenever watching them. The supporters expect alot from them and they never let them down.