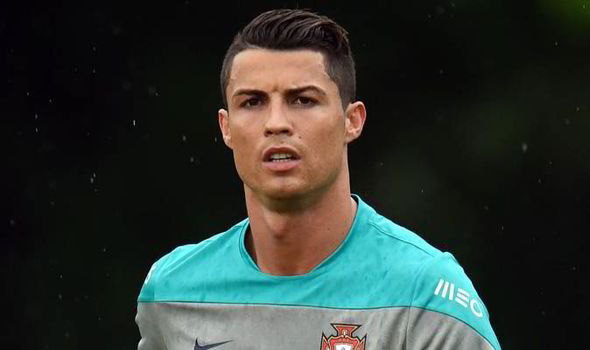 Ronaldo Top 10 Facebook Covers: Our favorite athlete, Cristiano Ronaldo whose life have been full of achievements and accolades. He won admiration and respect of greatest sports persons in the business. His attractive style and looks deceive him as Model but he is vicious in ground. Won ballon d’ Or for the third time, FIFA World Player of the Year, Goal 50 and many other awards make him unbeatable in football.

Its a human nature that they try to show their love for favorite athletes by posting wall papers in their rooms. Children like to carry the bags of their favourite cartoon characters.

With same thing in mind we have gathered some amazing facebook cover photos of Cristiano Ronaldo for his fans and lovers. Show your love and respect to this splendid sports stars by choosing one and making your own.

You may also like: [CR7 Hairstyle through the Career]

You may also like: [Video Cristiano Ronaldo all hat-tricks]

Those who envy him must consider the hard-work and dedication he put in his game. It needs alot of patience and practice to make a place in people heart. No wonder soon there will be video games dedicated to only Ronaldo which will consist of his best games and how he turned them around.