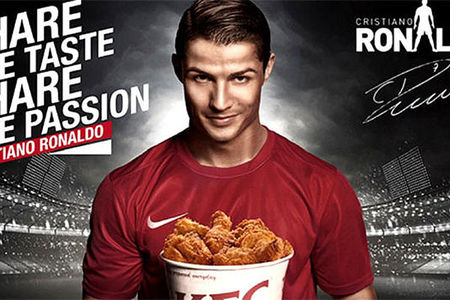 With Ronaldo securing his second straight and his third overall Ballon D’Or award as the world’s best player, there is little doubt that the Real Madrid star has consolidated his position as soccer’s number #1 pitchman for business.

Ronaldo has used his on field performances and personality into off-field earnings which are in-excess of $25Million annually and there seems little doubt that this revenue stream will continue to grow for Ronaldo and others players, in the upper-echelon.

Commercial opportunities shower upon players such as Ronaldo and Lionel Messi. He is one of the most coveted players, from fans to companies who want him to endorse them and that has made him one of the wealthiest athletes of current times.

We all are familiar with his amazing soccer skills and his reputation as the king of the football, but lets see how this football icon performs in business field.

His rapidly growing reputation during his time at United earned him lots of value in business community and he signed my endorsement contracts with several reputed brands. He became the new “spokesmodel” for Emporio Armani men’s underwear and jeans in October 2009.

Ronaldo then signed a contract extension with American sportswear company Nike till 2014 in February 2010. Ronaldo always played while wearing Nike Mercurial boots throughout his entire career alternating between the Nike Superfly and the Vapor.

In 2006 Ronaldo opend a fashion boutique under the name of “CR7” on his native island of Madeira. In the year 2008 he and opened a second boutique in Lisbon.

Cristiano Ronaldo co-designed a range of men’s underwear in partnership with the New York fashion designer Richard Chai and Danish company JBS Textile Group in 2013. The same year he expanded his own CR7 boutique by launching a line of premium shirts and shoes.

Cristiano Ronaldo was the first athlete from any sport to have reached 50 million followers on Facebook, back in August 2010. He is also the most-followed athletes on Twitter with more than 30 million followers.

He became the first athlete and the second person only after Shakira to have reached 100 million followers on Facebook in October 2014. 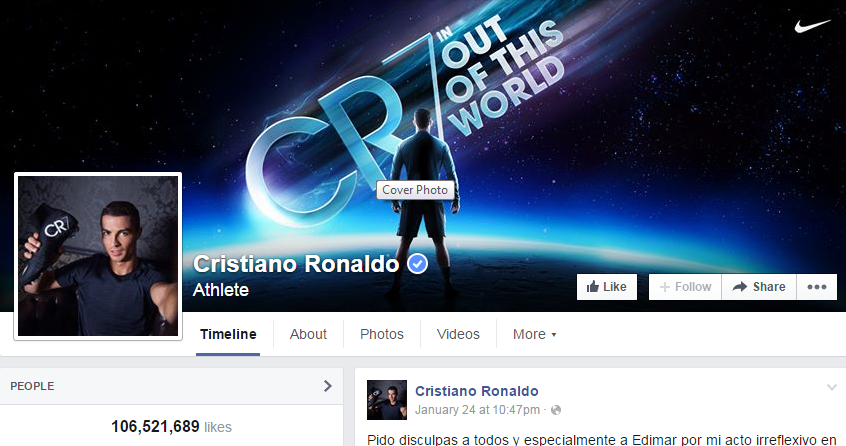 According to Forbes, Cristiano had the 5th highest social rank in the world, after Lady Gaga, Rihanna, Justin Bieber, and Katy Perry in 2012. Castrol released a television film in September 2011 called “Ronaldo: Tested to the Limit”. Computer security company McAfee produced a report where Ronaldo topped the list by the probability of an internet search for their name leading to an unsafe website in July 2012.

Cristiano was placed in Time Magazine’s annual list of the most influential people in the world called the Time 100, back in April 2014. He is not only a skilled footballer but also a great business man.