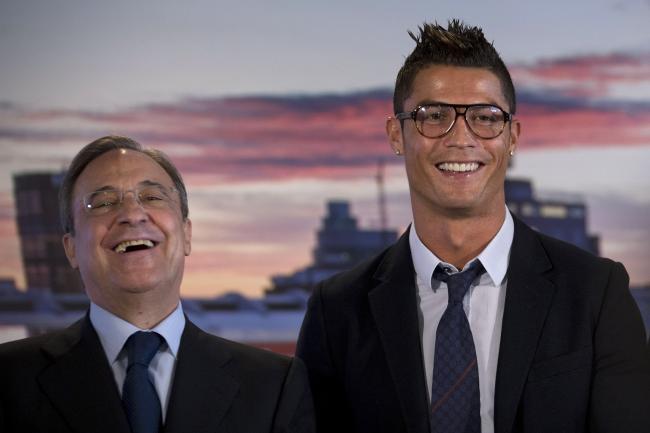 French champions Paris Saint-Germain will look to flex all the financial muscle they can muster in launching a £250 million move to sign Real Madrid superstar Cristiano Ronaldo next summer, it has been revealed.

Duncan Castles of the Sunday Times explains the Ligue 1 titans will offer a world-record £109.2 million transfer fee for the Portugal captain, who would be offered wages sufficient enough to take the deal past the quarter-of-a-billion mark.

PSG have been well able to contend against the transfer market’s elite since being taken over by Qatar Sports Investments (QSI) in 2012, but a world-record surge for Ronaldo would be historic even by their standards.
Massive though that sum might be, it’s still a long way off Real Madrid’s valuation of the forward, with Los Blancos president Florentino Perez recently telling Spanish radio station Cadena Cope of Ronaldo’s real worth (via Daily Mail’s Rohan Banerjee):

“If PSG want Cristiano Ronaldo it’s simple, they have to pay the €1billion release clause. No one is a prophet in football, but we don’t want to sell him in 2016, he still has three years left on his contract.”

Ronaldo being linked with moves away from the Bernabeu has become an anticipated part of the news cycle, but one must question if Real do have a figure for which they’d sell their talisman.

Ronaldo turns 31 in February, and although the attacker’s contract runs until the summer of 2018, his powers will inevitably begin to wane at some point. The Madrid-based marvel will be 33 when his current deal comes to an end.
For now, though, the Bernabeu will be happy to enjoy Ronaldo’s scoring exploits and the benefits that come with them. He has scored eight goals in his last three outings for the Spanish titans.

OptaJohan confirmed the Portuguese is still in triumphant shape despite a slow start to the 2015-16 campaign:
It might seem a risk for PSG to fork out such a staggering fee on a player who may not boast much in terms of sell-on value, but after offering £87.3 million this past summer, per Castles’ report, the club seem unconcerned in that regard.

That being said, “risk” isn’t a term often associated with the name of three-time Ballon d’Or winner Ronaldo, with the powers at Paris Saint-Germain seemingly willing to move heaven and earth to land his signature.